The second weekend on October brought the final round of the British Enduro Series at Innerleithen, Scotland. Team Hot Pursuit were on good shape following the 4 previous UK rounds with Tom Dunn sitting in first place in the hardtail category and Adam Campbell occupying 2nd in the junior U18 category. The final round would bring in the discard rule, allowing the racers to ditch their lowest scoring round, so the best 4/5 results would count. 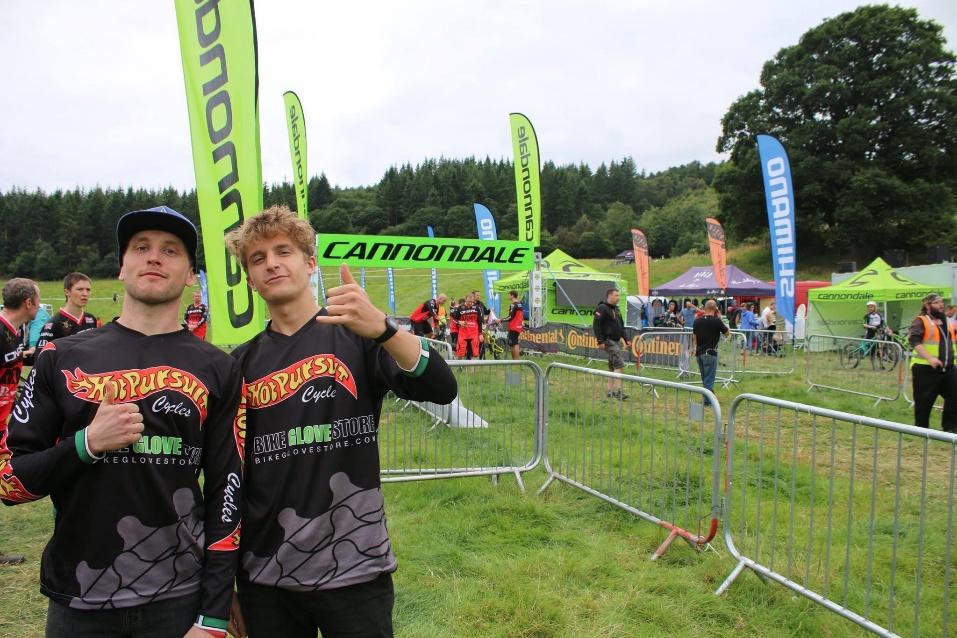 The long journey north started at 4 in the morning for the Devon team, but several caffeine fuelled stops later we rolled into what can only be described as the whistler of the UK! It seemed everyone in this small town were on high end Enduro or downhill bikes, from the local bank manager to the waitresses at the local (very good!) cafe. The Tweed valley is made up of 3 distinct areas, Glentress, Golfie and Innerleithen. There are massive amounts of blue, red, black and off piste runs, with a large amount of dedicated downhill tracks. This is full on cycling country! 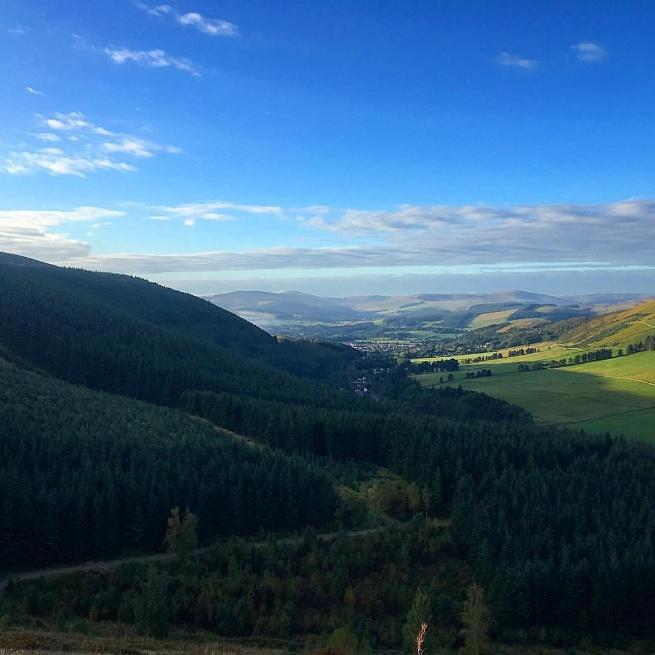 Luckily the team had use of a lush rental house for the duration of the race weekend as, although sunny and dry, it was freezing! The deck on the house was perfect for all the prerace yoga and stretching that seemed necessary come race day! 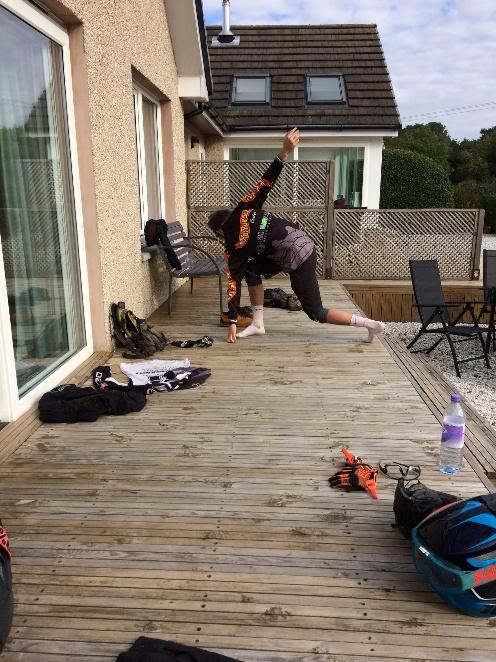 Day 1 dawned sunny and was help on the golfie side of the mountain, views were stunning and the trails dry and rocky, a lot of thought was given to the best tyre choice with both racers settling on a Magic Mary up front and Specialized Butcher grid on the rear. Tom had great day with a 1st and 2nd, Adam had a bit of a shocker with 2 minor crashes leaving him seeded mid pack for day 2, meaning a lot of overtaking on the narrow stages would be necessary to get on the podium. 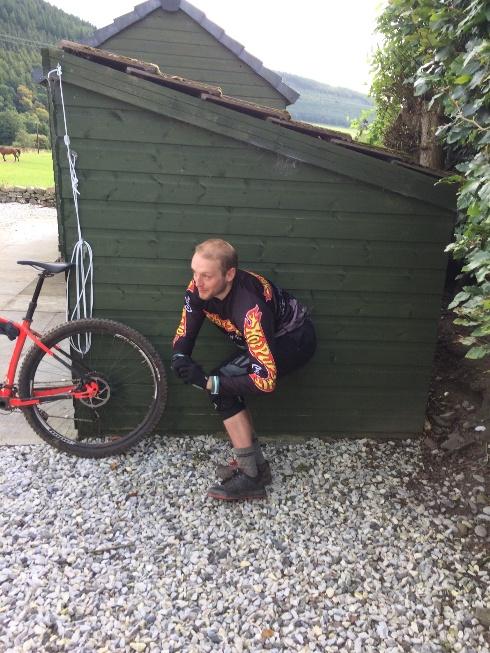 Freezing fog met us on day 2 making the rooty trails very slippery during practice, however by race time the sun had broken through so anticipation was high as the guys set off up the Innerleithen side of the mountain, the trails were much steeper but shorter on this side with stage 5 being one of the downhill tracks. 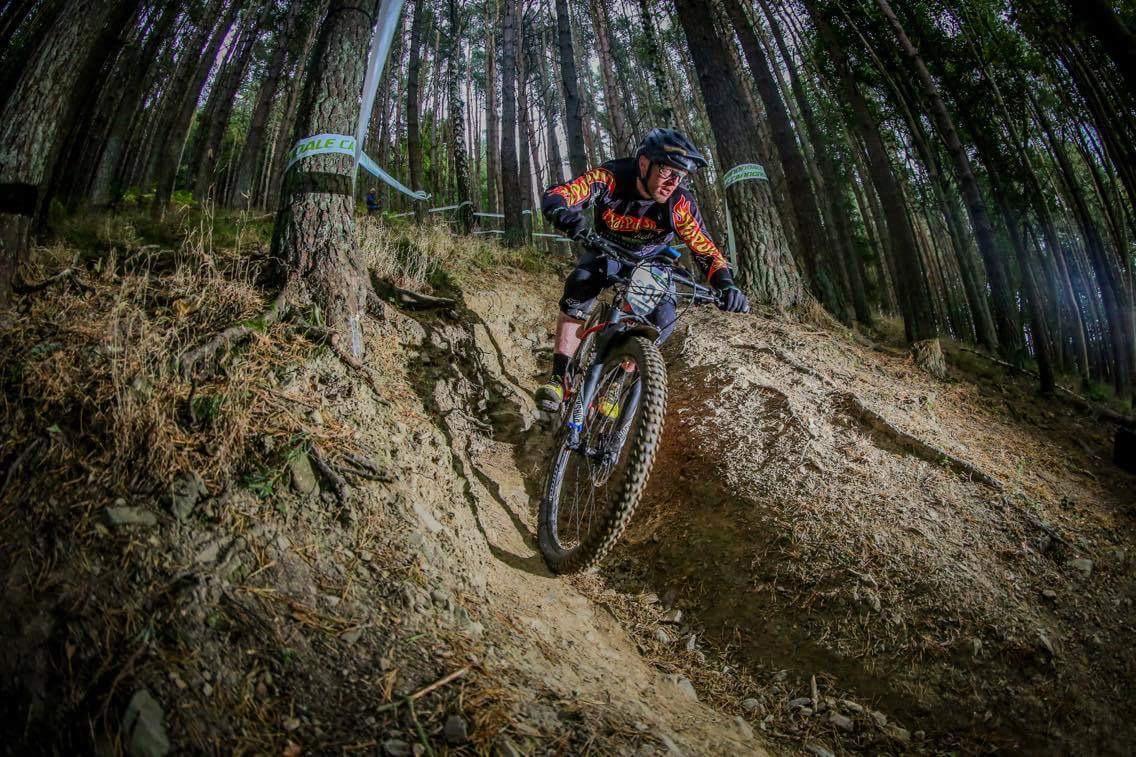 Tom had another amazing day (on territory not really suitable for hardtail’s!) with 3 bullets giving him the win for the event. Adam had a major crash, knocking himself out and loosing over 3 minutes, credit must be given to his specialized ambush helmet for preventing any serious damage. However this put him out of any possible podium contention for this event. 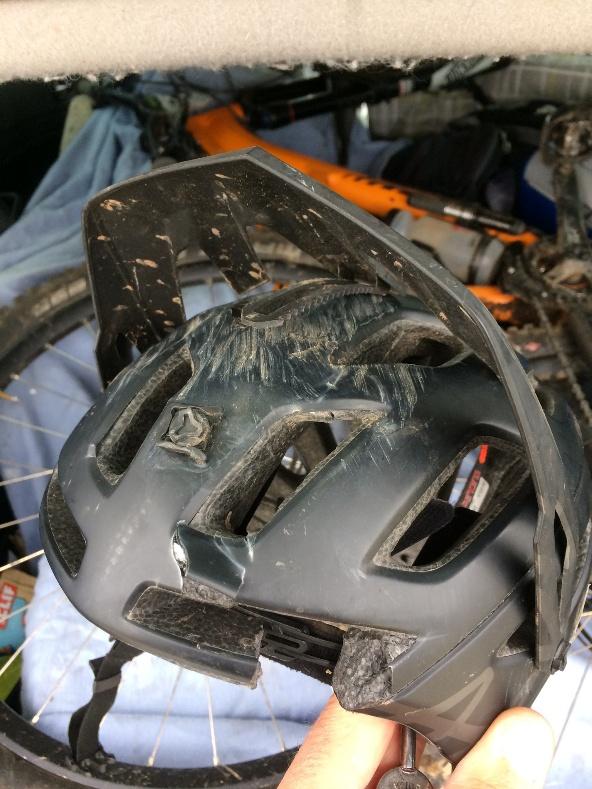 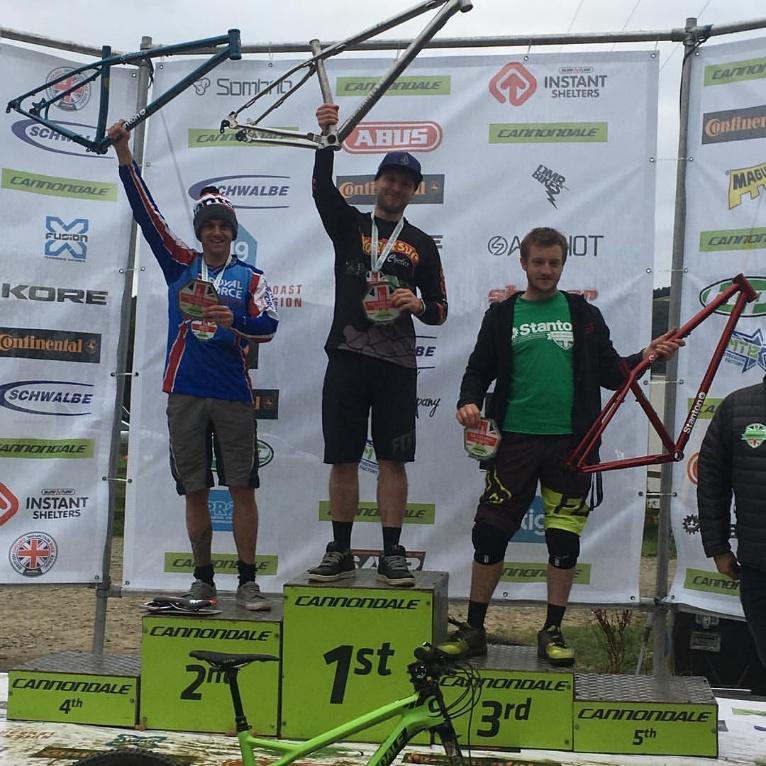 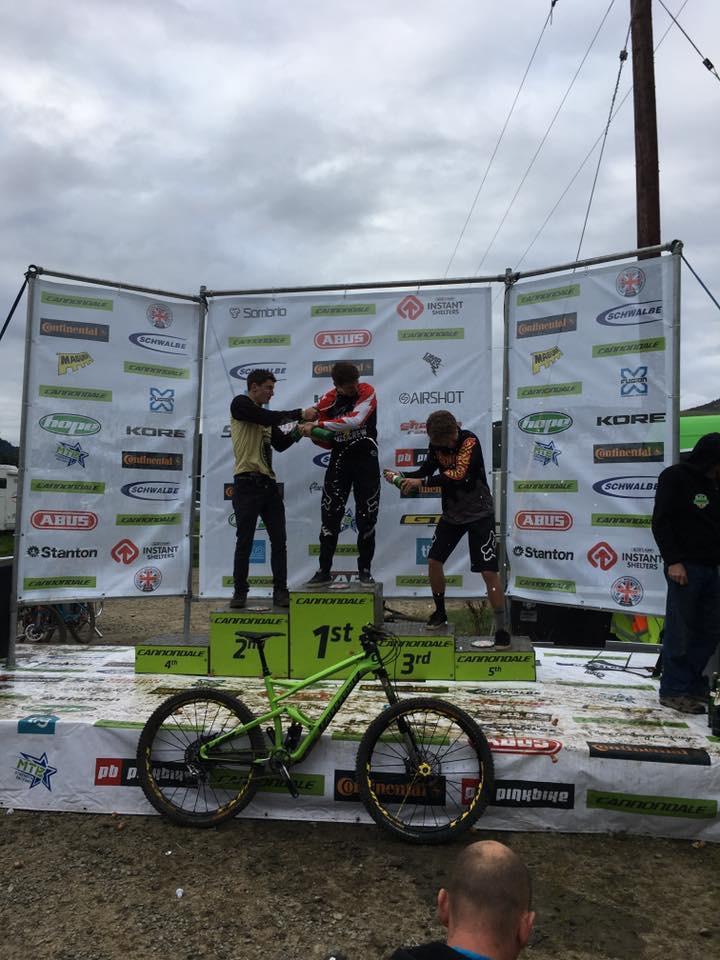 Thanks must go to Chris and Greg at Hot Pursuit/Bike Glove Store for their support of young up and coming racers. And to Specialized UK for such brilliant bikes and kit, it’s been an awesome year!