The journey from Devon was made in T-shirts and sunglasses, everyone in high spirits despite the 8 hour drive. Tom had managed several wins on his specialized Fuse 650+ fattie hardtail in the off season and was coming in to the event feeling fairly well prepared. Adam was returning from injury, but with a few good results prior to this injury, was keen to get on course. 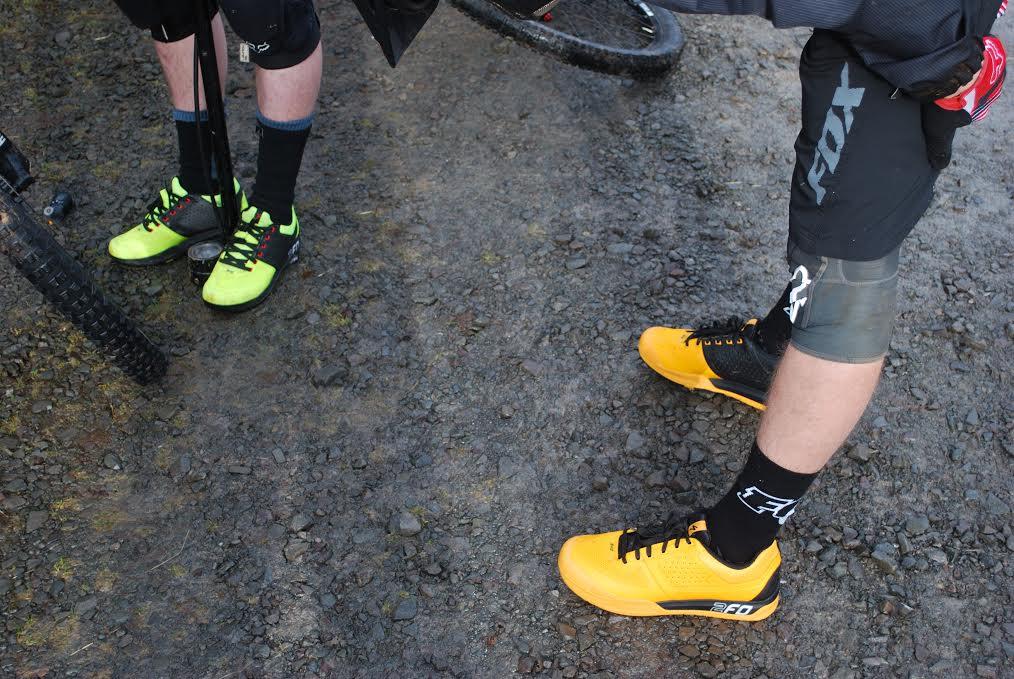 Tom would be riding his specialized enduro S-works 29 and Adam on the Enduro elite 650b, both rocking some fresh “day glow” 2FO’s! Changes to categories meant (due to lack of expert category) Tom was up against several rapid semi-professional senior racers and Adam would be youngest in his category of junior men.

Race morning brought torrential rain, gale force wind and 2 degrees temperature. The race village quickly turned into a bog as well as the stages being extremely greasy and hard work. 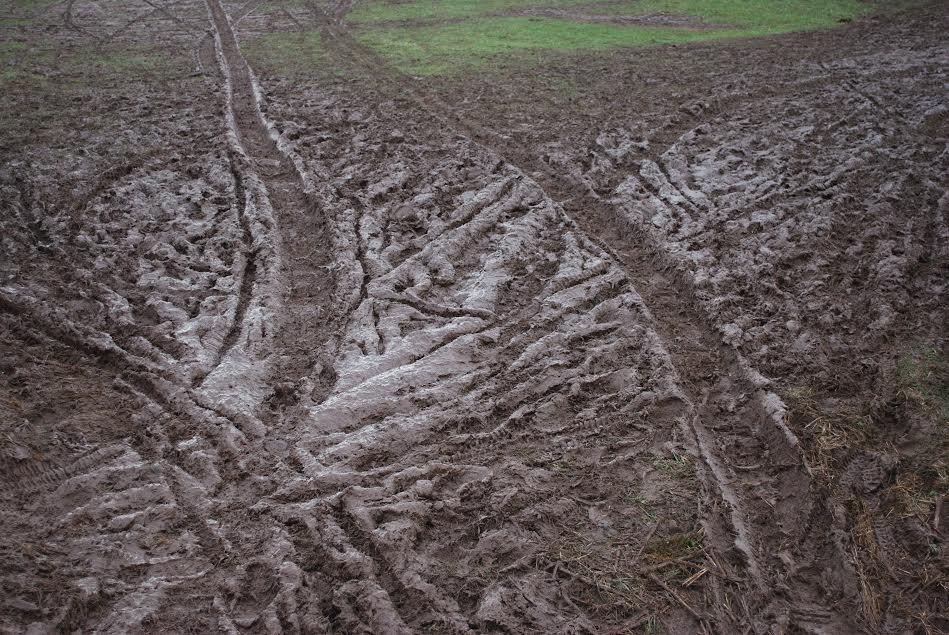 Stages 1 and 2 were very trail centre with a few uphill sections and coped well with the rain. Tom and Adam are known for being fairly fit on the sprints and came away well placed to go into the wild stage 3. Stage 3 was being touted as the “best stage ever”. The stage was steep, technical and very wet. Adam crashed in the dark woods but managed to get down the hill catching a rider in front and place 6th after one day of racing. Tom had a blinder and matched some elite’s times with a 3:45 placing him 6th overall in senior also. Awesome results for day one both racers covering 35 miles but time to turn on the gas and get recovering for more good times on day two.

Day two dawned much brighter, forecasts predicted a clear morning with “light” showers and thunder and hail for the afternoon as well as 50 knots of wind! It was interesting to say the least. Despite horrific weather on Saturday both bikes were running faultlessly and could be seen as an extremely popular bike on the race scene, a large population ripping on Specialized Enduro’s. 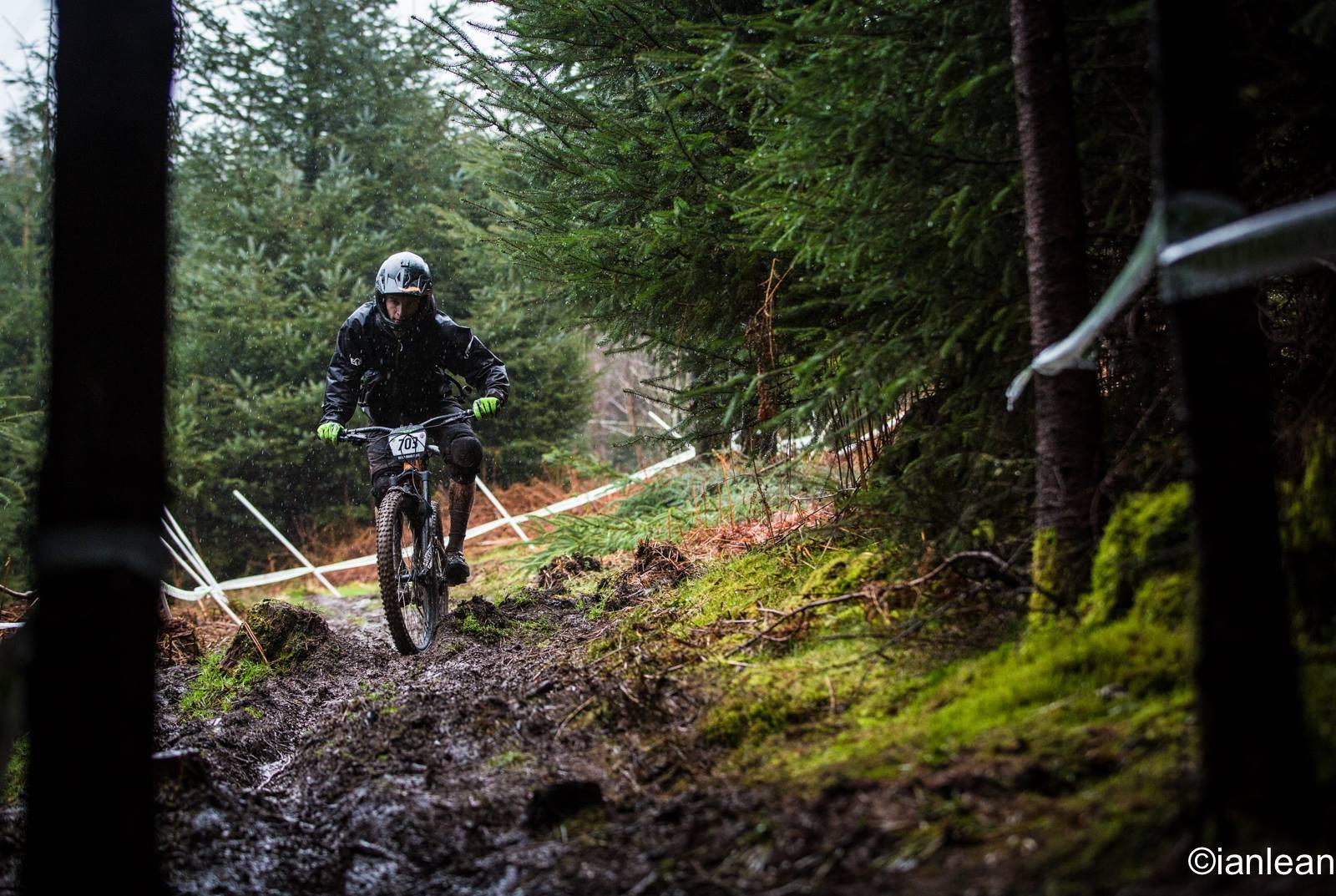 Stage 4 consisted of a dried up river bed with protruding roots and stumps creating a very technical stage. The stage ended with a large “waterfall of mud” which would be the downfall of Adam. He came into this section clean and fast but lack of traction and a large rock sent him over the bars straight to the bottom of the bank. Luckily nothing was broken but a good amount of time was lost on an otherwise good stage. Tom got down well and rubber side down placing him well for the rest of the day. After reconsidering stages, it seemed stage 5 was now the “best stage ever” despite a trail centre pedal to begin it and a steep uphill section. Adam had a few issues with straightening bars and adjusting parts that had moved on his bike and had to sprint to reach stage 5 on time, huge respect to the boy after big miles this weekend getting to the stage early was impressive. The reason for popularity was axle deep ruts of slop at the bottom of the stage, getting wild and hanging it loose meant good times. Tom came away with a 7th on this stage and Adam managed a 5th. 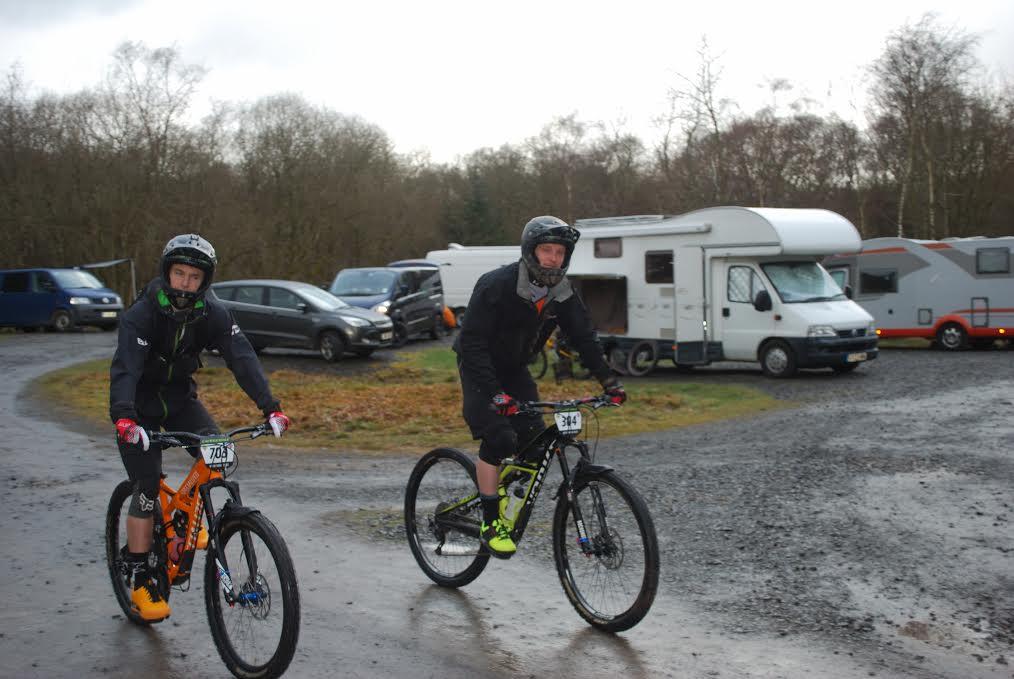 The last stage was held on a mixture of the downhill tracks and for Adam’s run the heaven opened with masses of hail. The stage was messy for Adam having two crashed but he felt everyone had a bit of a nightmare. Tom had a clean run up until the bottom section, his hand shifted the grip causing his finger to slip off the brake, through the panic to rearrange himself he misplaced his wheel and faced his first crash of the weekend losing him about 30 seconds. This was costly in the tight times in senior category.

65 miles was covered over this race weekend, regardless both racers were buzzing just to be out on their bikes having a good time. When the results came out Tom had a solid 9th in senior! And Adam was very surprised to receive 5th and get on the podium after 5 crashed over the 6 stages. Both racers got awesome results, keep it up boys! Special mention to Spencer Lane who managed to finish 18th in senior breaking top 20 in his first nationals, nice! 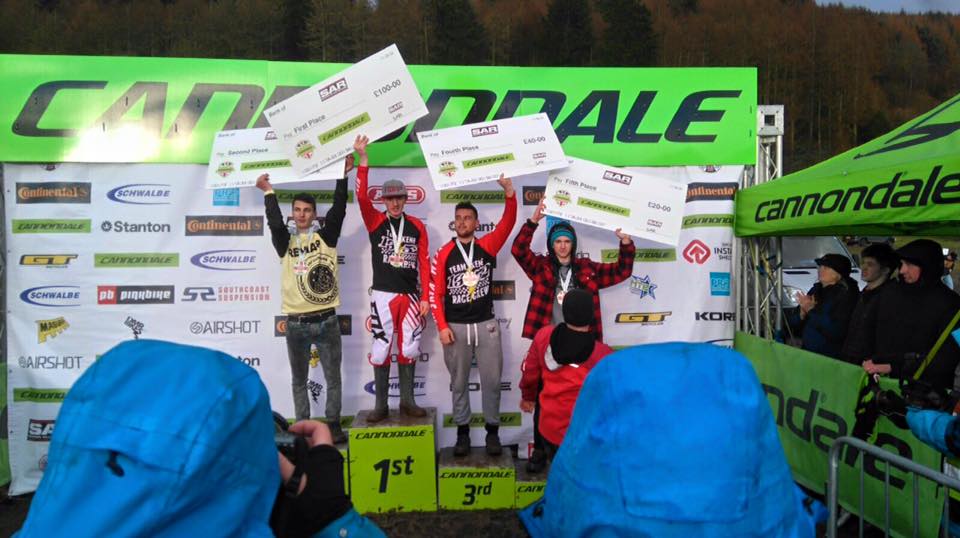 Roll on the next BES in Dyfi wales where the boys will hope for another top result.