Our enduro racing lads Tom and Addy, recently raced round 3 of the UK Gravity Enduro Series at Hamsterly. Check out their report below to see how they got on. 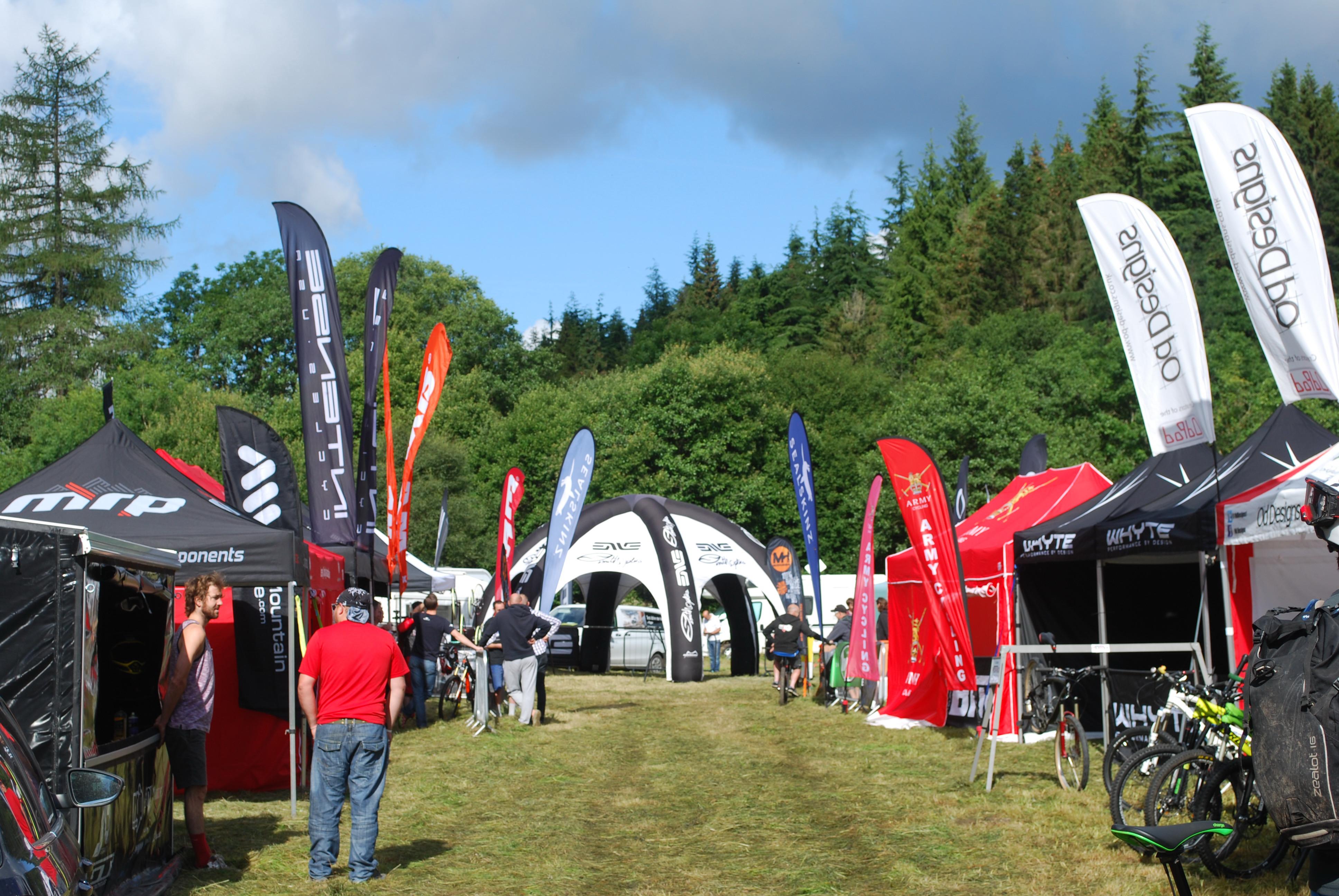 The first weekend in August brought the third round of the national UKGE series to Hamsterley forest in county Durham. Spirits were high on the seven hour journey north as both Hot Pursuit team riders had finished top ten at the previous round in muddy Grizedale, and even higher at the regional X fusion round in Triscombe (Tom 2nd, Adam 4th) so both riders were looking for a solid result. 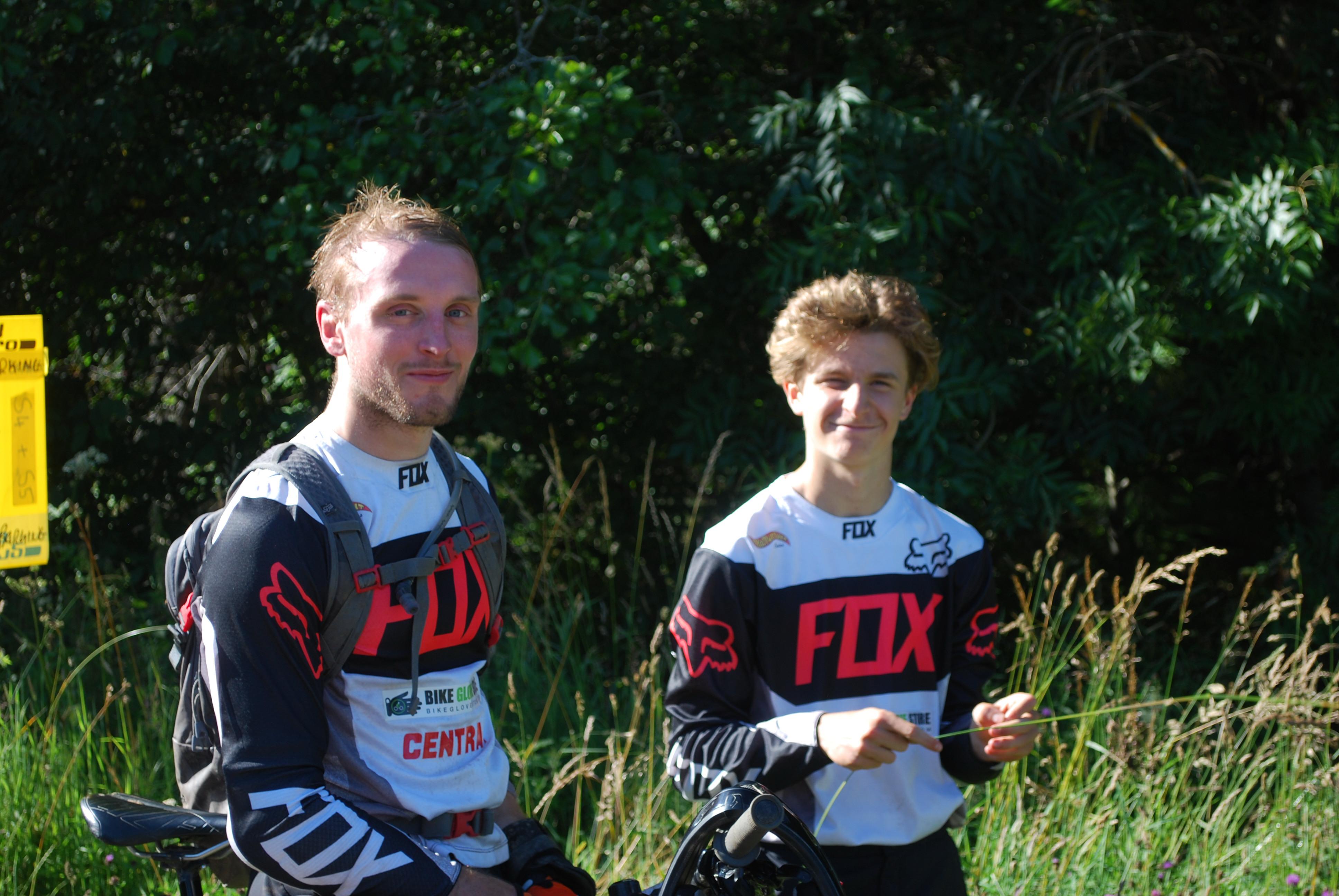 The UK Gravity enduro series is basically a 3 day event, with unofficial practice on Friday, official practice and a seeding stage run on the Saturday, then race day on the Sunday (usually 5 stages), the average loop is approx 40 kms, meaning often in excess of 150kms is covered over the weekend.

Arrival on Thursday to a freshly cut field brought the horror of millions of flies and midges, not good karma!!! With many racers hiding in vans or lighting huge fire pits to keep them at bay. 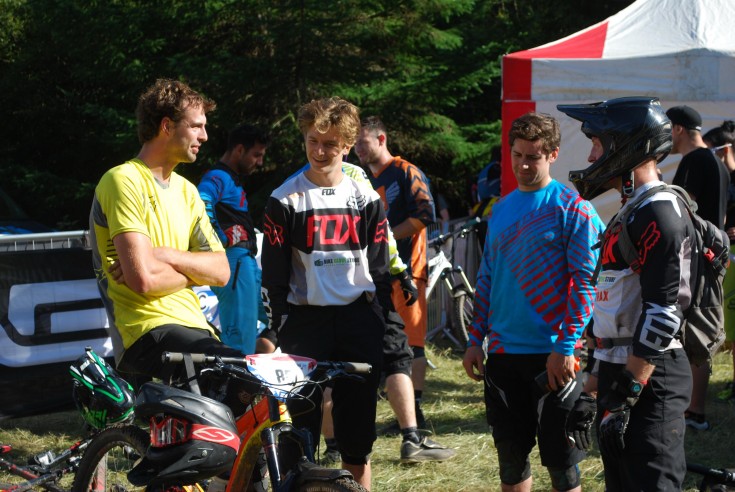 Practice went well, although Tom was nursing an odd fatigue over the event, meaning the 3 pedal heavy stages (usually his strongest!) were causing a lot of pain. Adam arrived to the news that local “world cup” downhill star, Elliot Heap was using the event as part of his comeback training from a broken collarbone. No pressure then!! 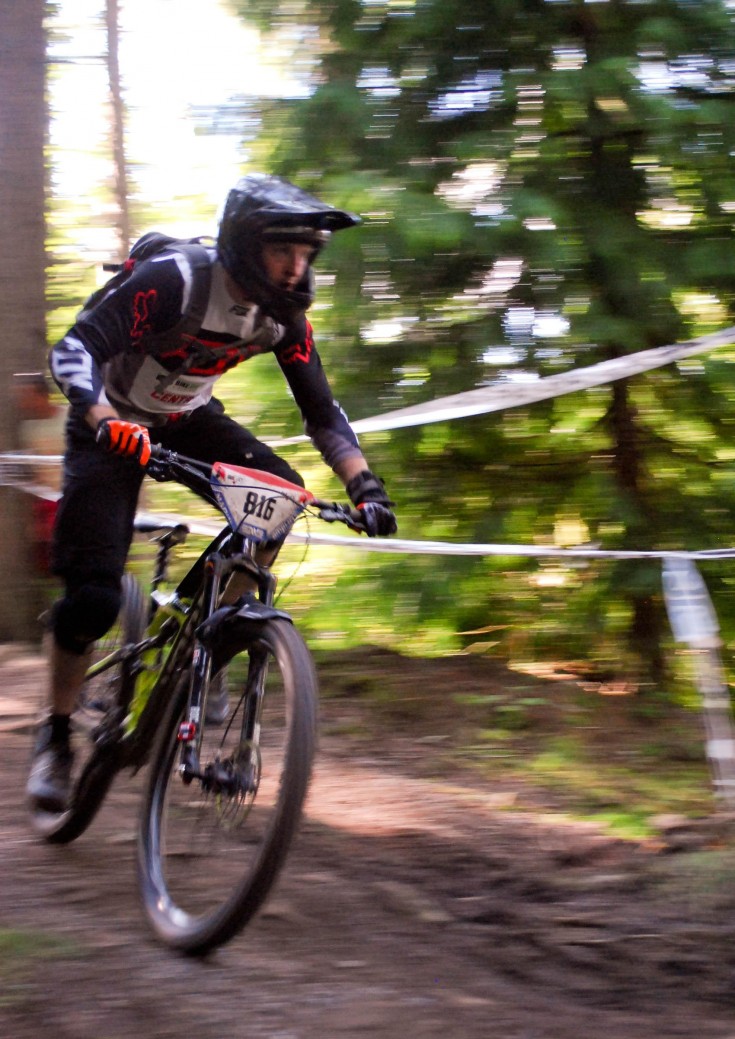 Both riders were riding Specialized Enduros for the event (29 for Tom and 650b for Adam) with updated XT 11 speed transmission, luckily no problems or mechanicals were experienced (a miracle for Tom!) and both reported the bikes were perfect for the terrain, a mixture of trail and downhill.

Seeding on Saturday was carried out in glorious sunshine, the pedal heavy stage 5 was being used, runs were in the region of 4-5 mins so lungs and legs were burning at the finish line. 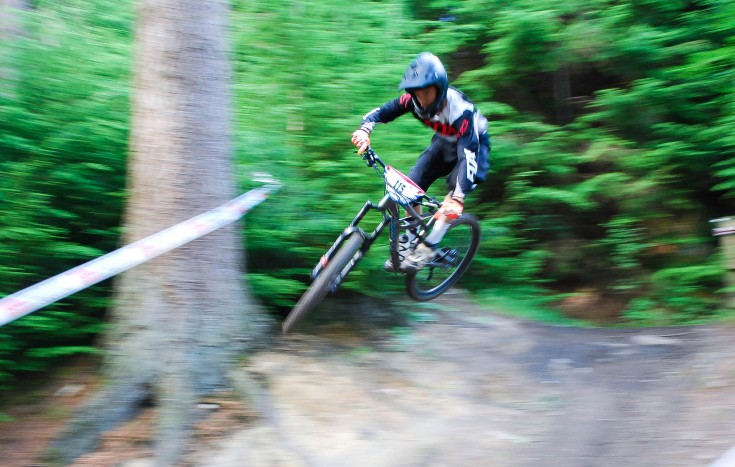 Adam smoked the run, seeding 2nd behind Elliot Heap, (who also beat all the elite, senior and masters too!) so was stoked. Tom survived the long stage to seed 11th in a stacked field, including many ex world cup racers, but was hurting afterwards, unable to shake off leg cramps. 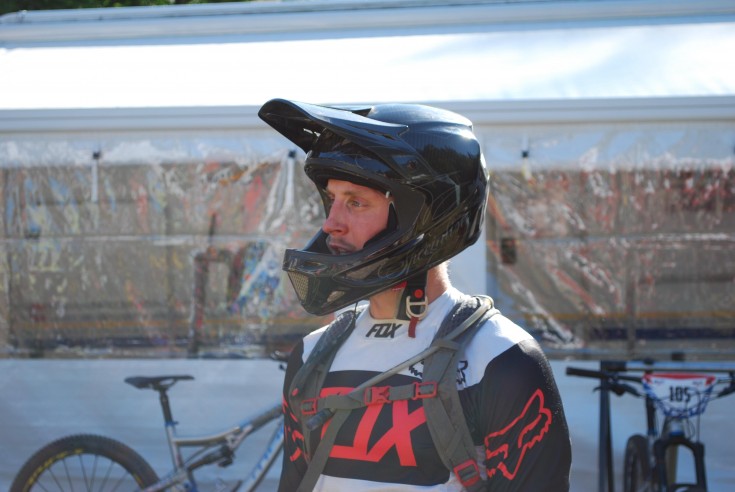 Sunday morning brought heavy rain so all of the previous dry practice was redundant, out came the mud tyres and goggles were dug out of the kit bags so you could feel the pressure at the start as the team rolled down the start ramp and off into the heavy rain. 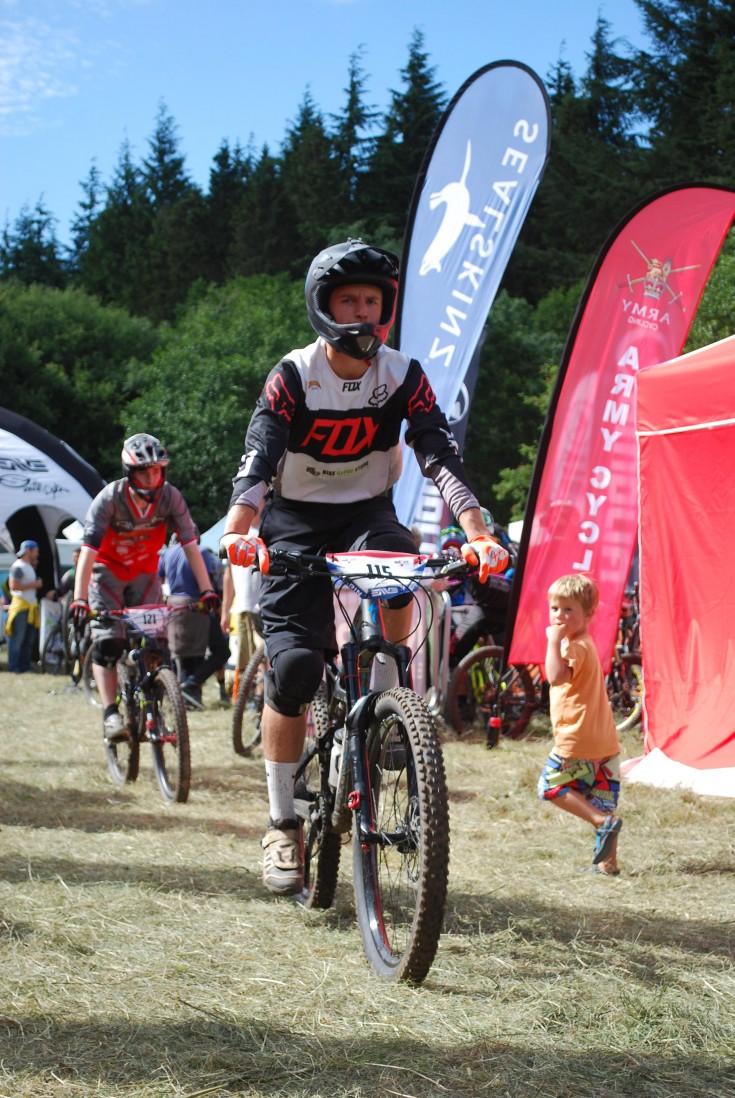 Stages 1+2 were pedal heavy, extremely slippery and it was all about getting the flow right, yet just keeping the right side of “rubber side down”, Tom came through relatively unscathed with a 9th +13th, Adam had a minor off on stage 1, dropping 7 seconds resulting in an 11th + 2nd. However his nemesis Elliot Heap also suffered a bent rear mech hanger and was struggling for gears (not that it seemed to slow him down though!)

Stages 3+4 were part of the “Desend- Hamsterley” downhill park and were so steep you could barely walk down them, 3 in particular was a wet root infested nightmare, definitely suiting the more downhill orientated bikes/riders. And 4 was probably the most technical of all the stages. Tom was solid in these stages, the twisty switchback nature of the track not the natural environment for the bigger wheels (9th+9th). Adam enjoyed these stages on the 650b getting a 6th +5th. 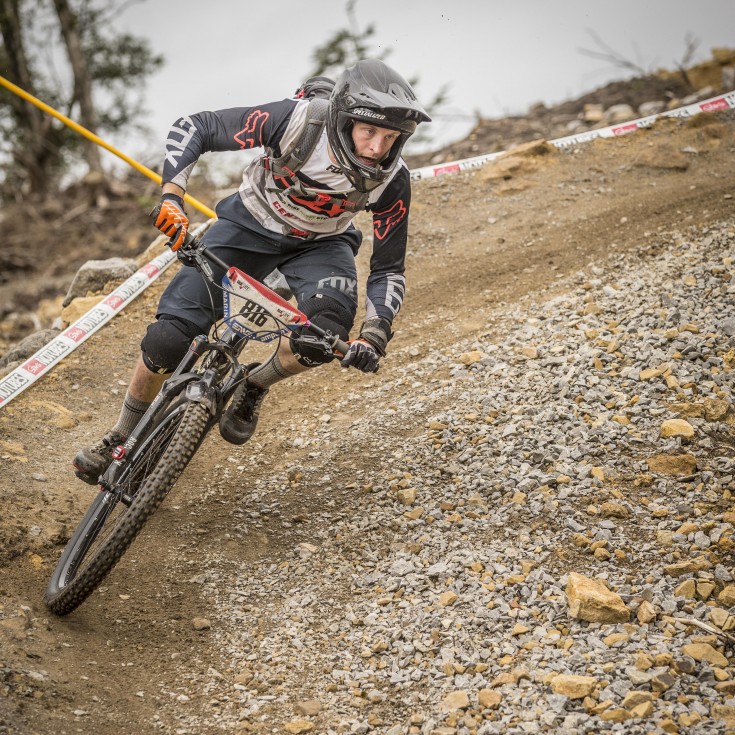 The last stage was a repeat of the monster seeding stage, however tired legs, battered bikes and lots of mud meant slower times this time round. As the last riders cleared the finish line the sun (and flies!) came out, typical!

So to the results, Tom got an outstanding 10th in seniors, leaving him in a strong 7th in the overall standings, considering the mystery fatigue he was suffering all weekend, this was a great result. Adam got his first UK podium in 3rd, 4 secs of 2nd (damn that slippery stage 1) putting him in 6th overall in u18s with 2 rounds to go. 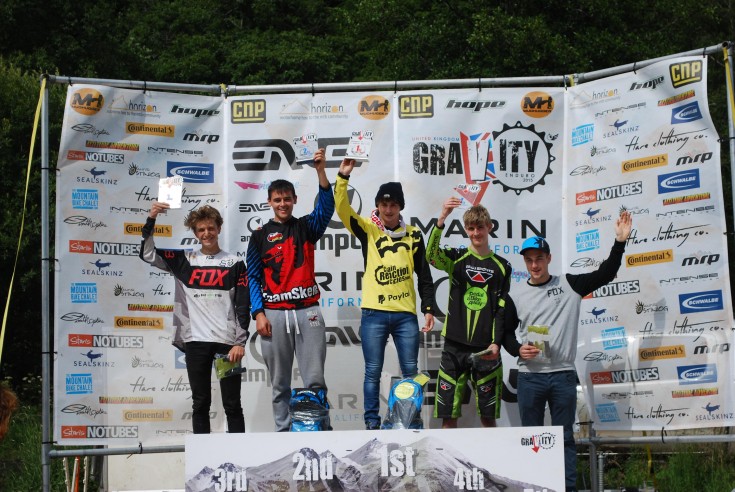 So off to AE forest in Scotland for the next round over August bank holiday, where Team Hot Pursuit hope to continue their excellent run of form.