Skip to content
This season is going away pretty quickly now we are well over half way through. Llangollen in North Wales was one of the rounds I was most excited for, from what I had been told it was super steep and really tech… they weren’t wrong. After looking up the hillside I was pretty excited and nervous, the track was unbelievably steep at the top and really technical too with lots of roots and drops etc… The track then traversed fairly quickly across the hill and joined into another steep part of the hill with some of the raddest turns I have ridden. Then off a few drops into a 100 metre finish line sprint across the field. 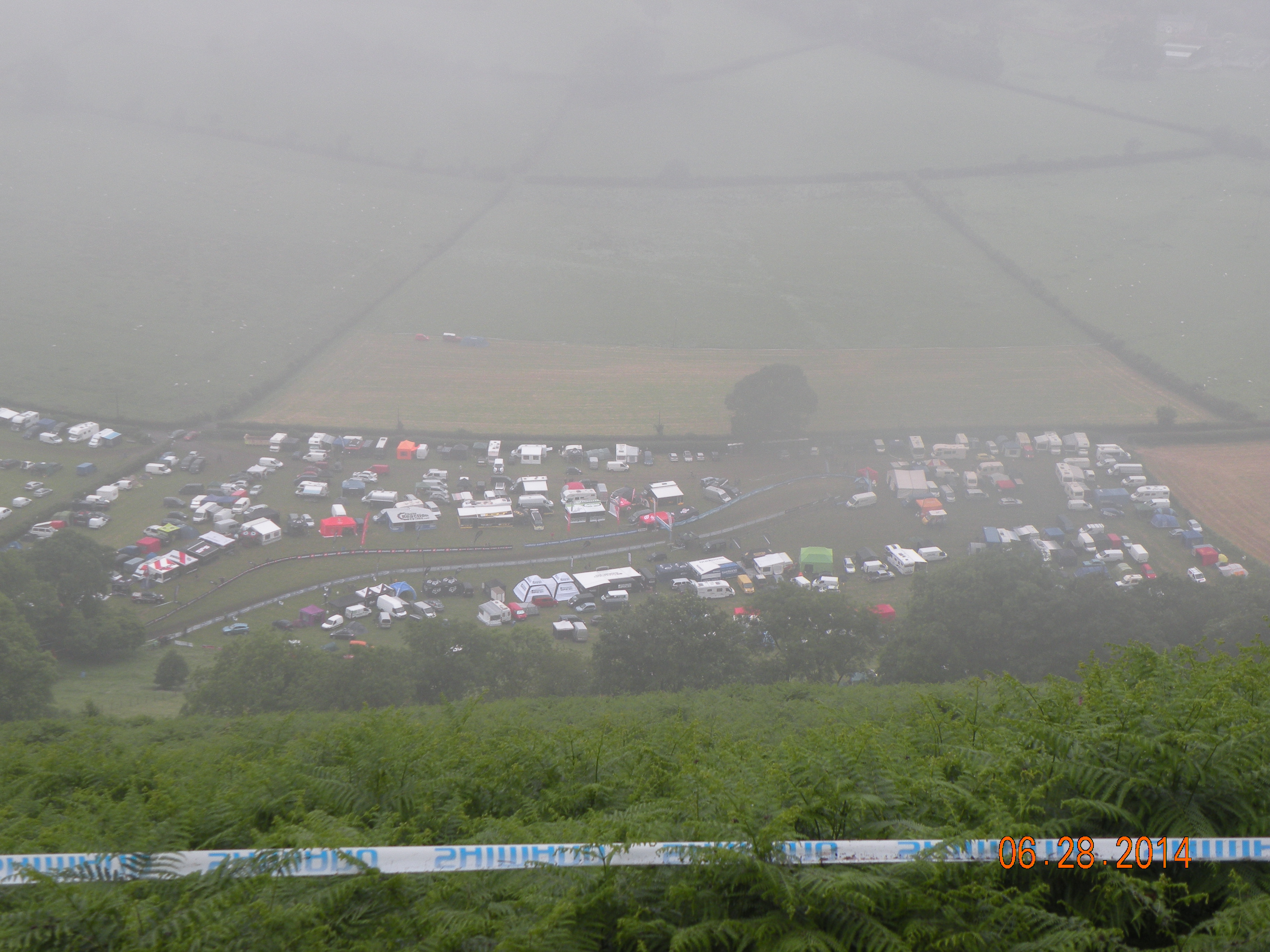 Practice was absolute chaos due to the difficulty of the track, there was no queue at for the uplift because everyone was waiting up the top to have a chance at dropping in on this track. Pretty much every rider that went in front of you instantly got red flagged due to crashing and holding the course, meaning long delays at the top. I was actually really enjoying the track, as I really like it steep and tech. After growing some courage to hit the bigger pro lines, I had felt comfortable by the end of the day. 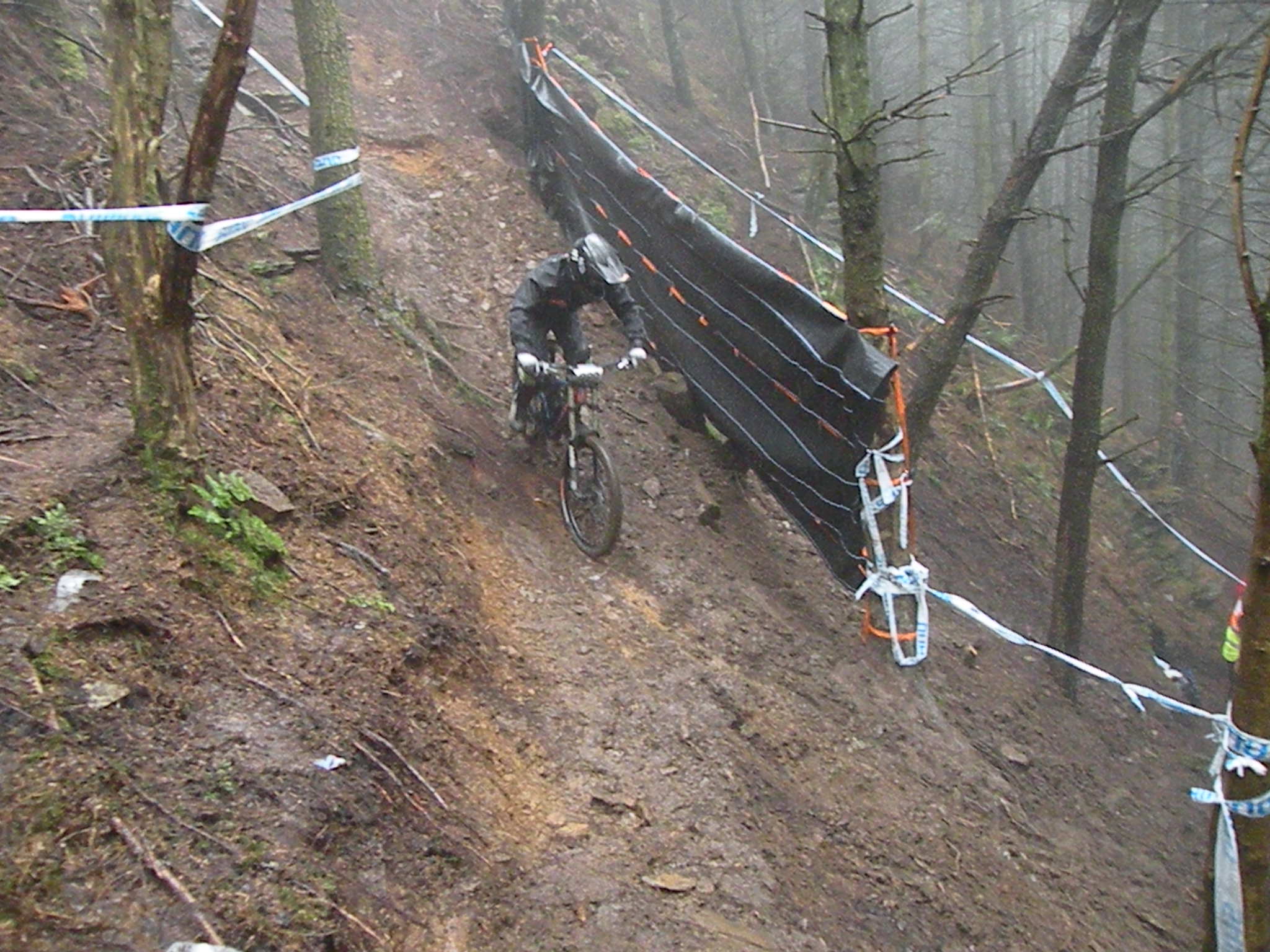 Dropping into the foggy wet woods. Hard to tell but extremely steep! 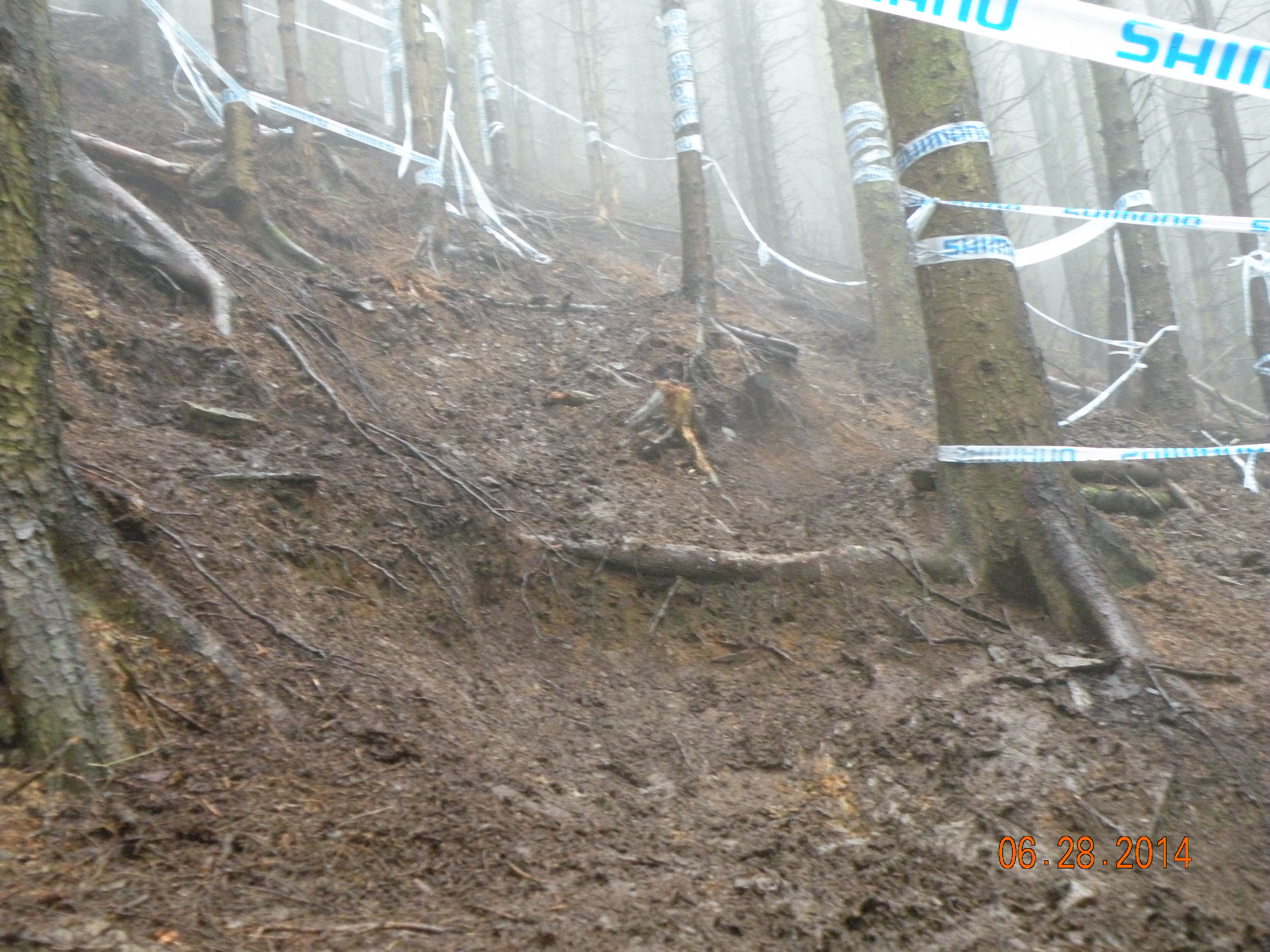 This photo gives you a better idea.

Some shots Dad got on his camera from the top woods. Pretty tricky! 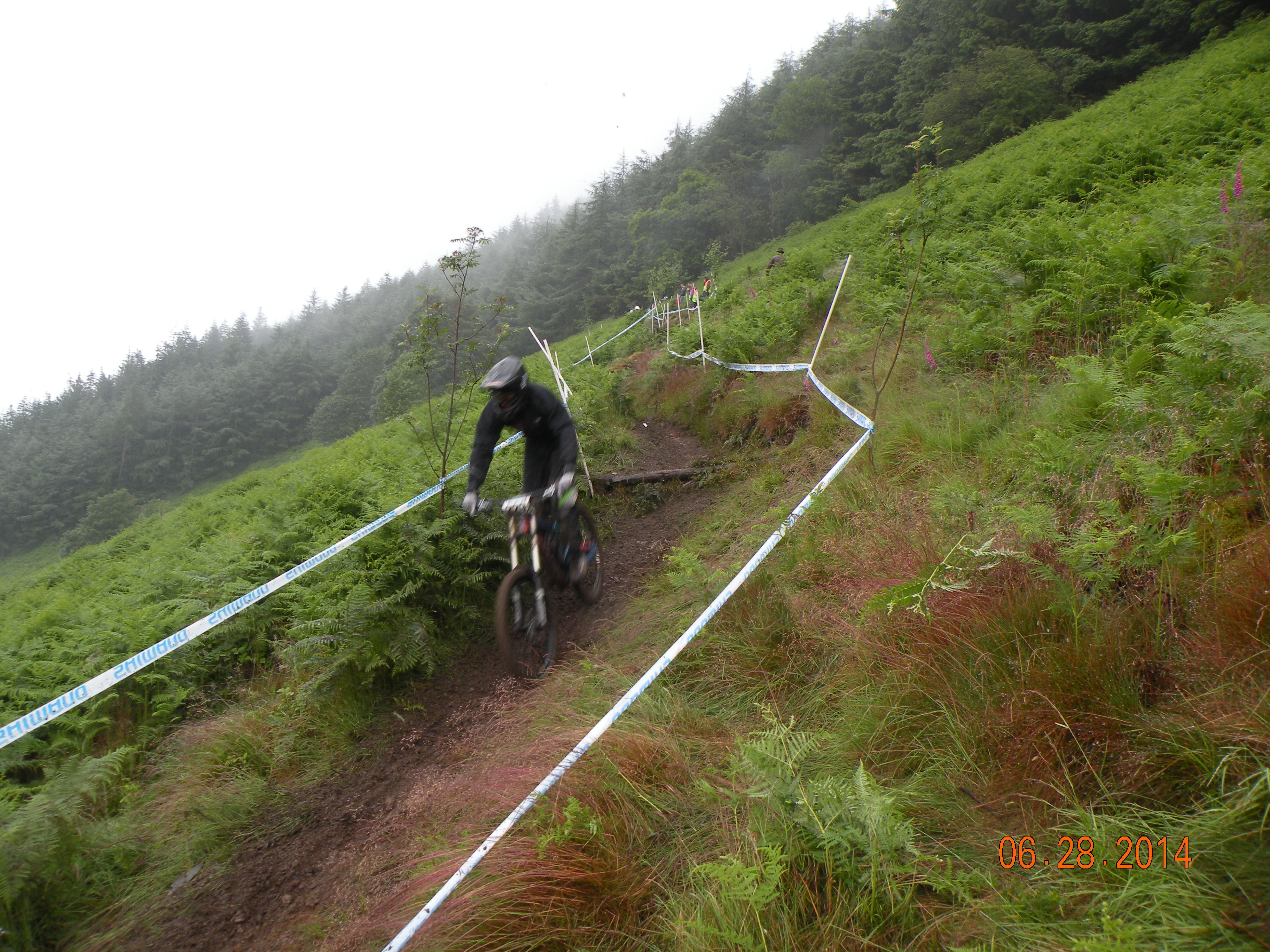 On the traverse single track in practice.

So race day didn’t go to plan in some ways, after the track got really tacky Saturday afternoon and I was hitting all my lines good, Sunday morning it rained pretty good again slickening the track up. 2nd and last practice run before seeding I had a pretty good over the bars at the very top and hurt my wrist/elbow. After cruising to the bottom it was in agony and I didn’t think I was going to race, as I could hardly ride around the field. Chaz Curry on the Wideopenmag team hooked me up with some pain killers which after a while started help but at this point I had missed my seeding run and you can’t race without starting seeding. So I had to convince the UCI official to let me go up and do a seeding run behind the experts, luckily he let me. I rushed to the top and put in a fairly clean run and finished 10th so I was pretty stoked! Knowing I could go faster. 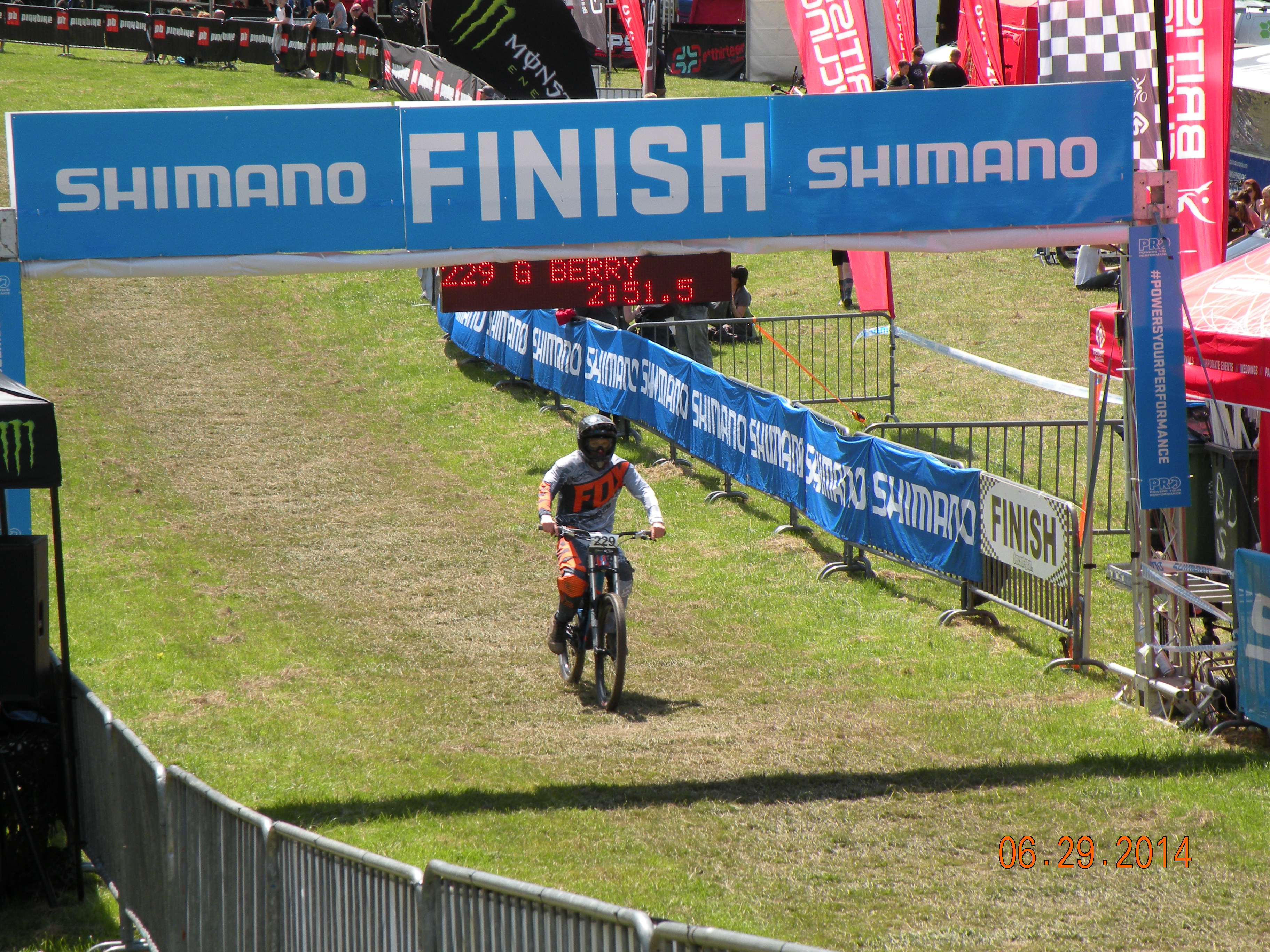 Crossing the line in seeding, just managed to hang on!

So in finals it was pretty obvious that a clean non crash run with a fast bottom section would be key to a good time. Which was what I managed I hit all my lines in the wood bar one corner and was really pleased as to how I rode it with my wrist. Sprinted down to the line and into 4th, boom I was well stoked as I was already going to have my best result to date. After watching rider by rider come down, a few guys had crashes and went slower, following the guys crossing the line we had worked out I had finished 7th which I could not believe with the morning we had had! Single digit finish at a national is amazing for me and only 3 seconds off the podium. 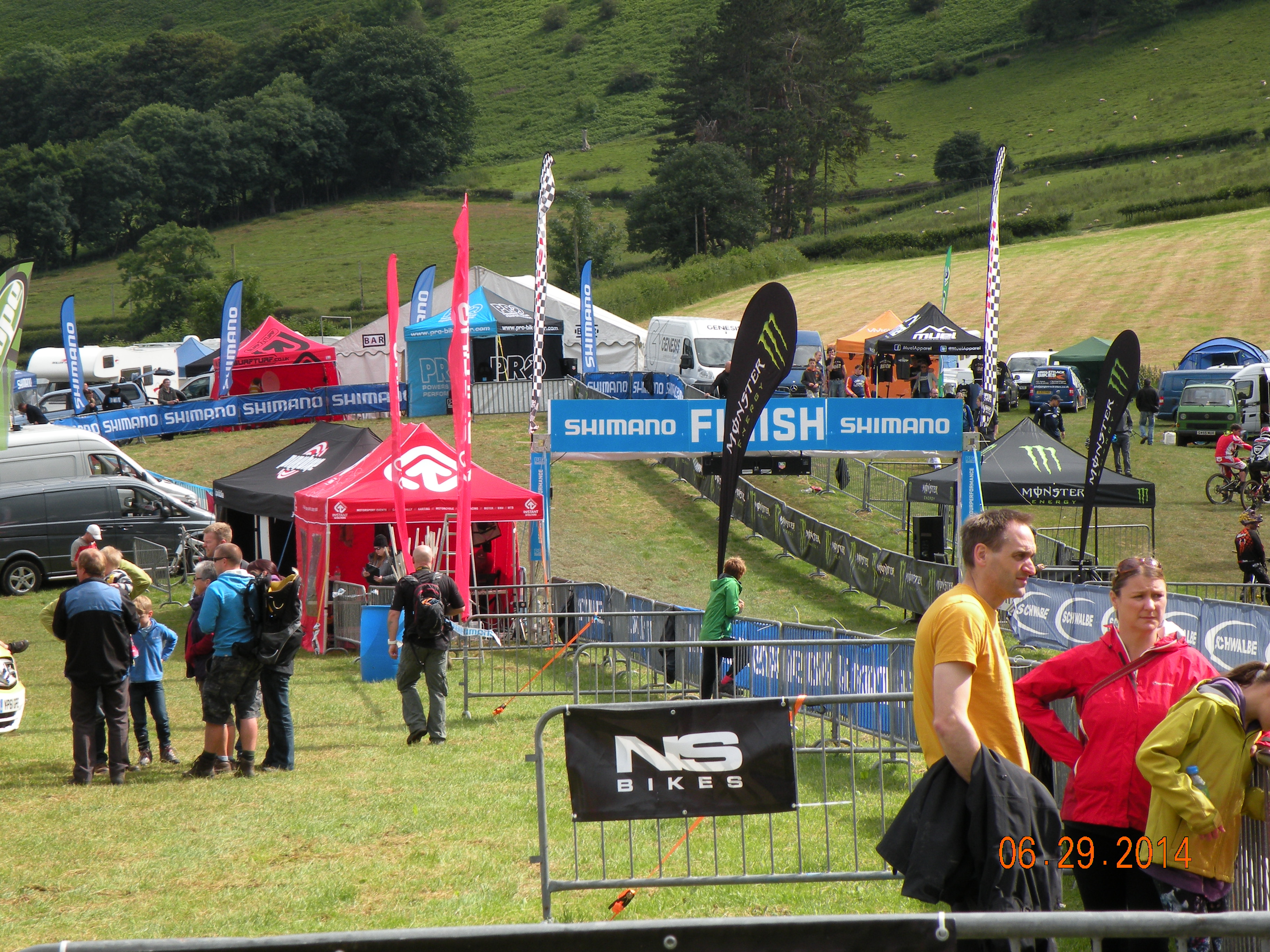 What was nearly a bad weekend turned into an incredible one, can’t wait to get back here next year.