After only two weekends after Fort William we were back up Scotland again for the 3rd round of the British Downhill Series, at Ae Forest near Dumfries. The drive wasn’t quite as bad as Fort William though as Dumfries is only just over the border and we rocketed up there in about just under 6 hours, by half 12 we were sat in the sun getting ready to head up for a track walk. The track at Ae this time was not as long or as rocky as the first two rounds but was great fun with a couple of line choice areas. Being more like the types of tracks I am used to riding I was feeling confident for a good result. Check out the GoPro helmet camera run below…

The weather was great all weekend and the track conditions were perfect, only had to wash a small bit off my Scott Gambler once! Midges and uplift was the main problem. Midges being they were everywhere biting like crazy and uplift being one of the coaches broke down, so run turn around were really slow. 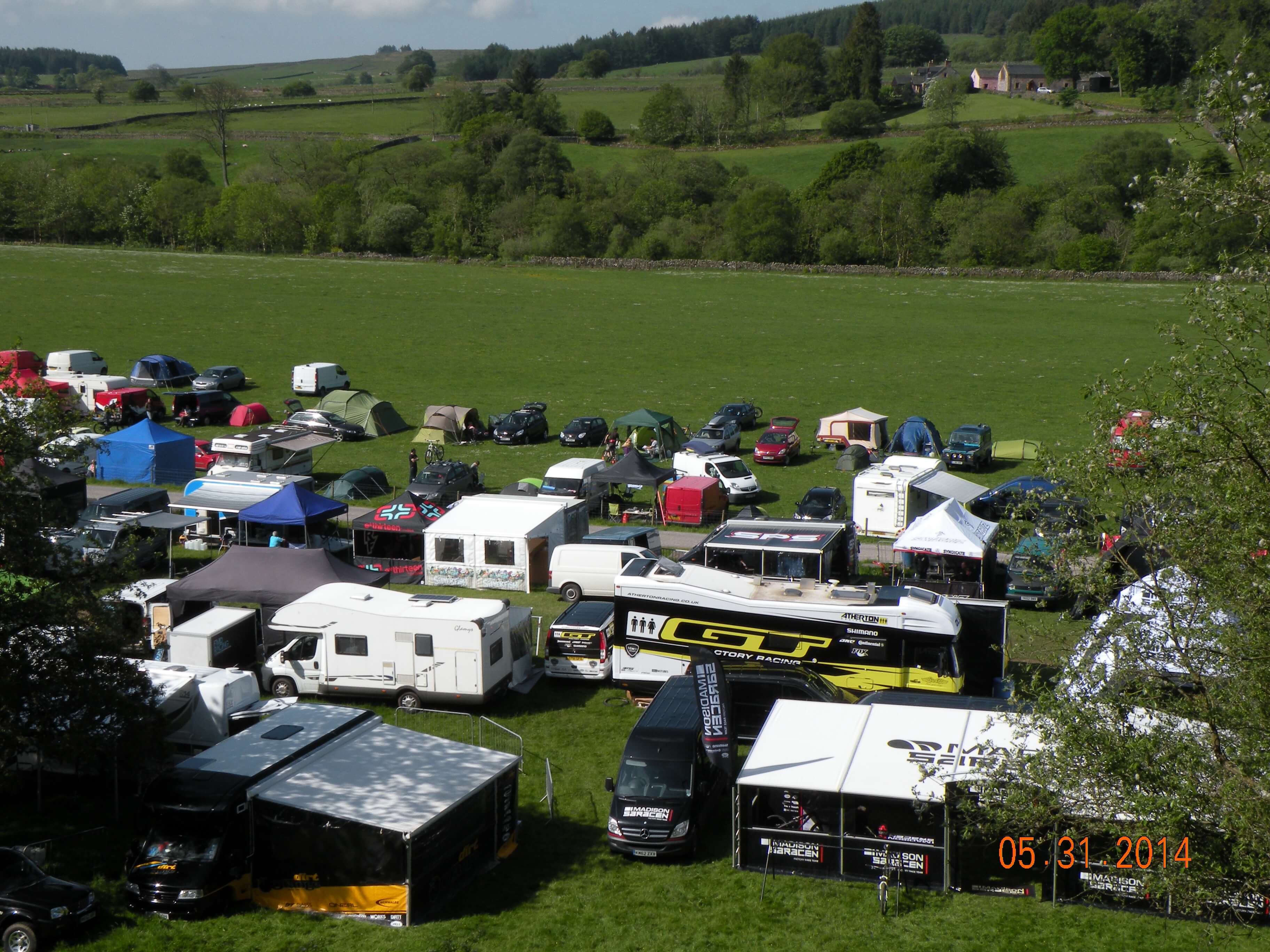 Camping in the team bits, Madison Saracen and Team GT had the big rig setups.

The final drop into the finish line, hard to tell but its super steep and rough.

Me and fellow South West racer Ryan Tunnell checking out some lines in practice.

Dropping into the main fire road about half way down, before the lower woods section.

Sam Hill getting ready to drop in for a practice run.

Coming out of the woods during practice on Saturday.

On Sunday morning I was hoping to have two practice runs before seeding but because of the slow uplift only managed one and therefore ended up treating my seeding as another practice run before finals. My time was 2.32 which put me in about 26th in Seniors, knowing I could improve on this I was confident going into finals.

My final run went ok, fairly clean with one near crash towards the bottom, during this run I had changed a few lines that I had been doing in the previous days practice which I am not sure if it was a good idea or not. I knocked 4 seconds off my seeding time to 2.28 but only managed 22nd in seniors which wasn’t where I wanted to be after 14th at Fort William. Times were really tight being only 11 seconds off the win and 6 off the podium but picked up a few lessons on how to race these big races and had a great weekend which is what counts!

Roll of round 4 at Llangollen in 4 weeks!