So after the bad luck crashing at the first BDS at Antur Stiniog I was hoping to turn the season around at Fort William, which was set to be great weekend with my 21st birthday being on the Saturday. It turned out to be a great weekend, read on for more!

Fort William is a bit of journey from all the way down in Devon, a good 10 hour drive all day Thursday arriving at were we staying at about 4pm. So friends of ours were riding the Scottish Six Day Trail and we had seen a few bikes ride by our accommodation, turns out there was couple of sections literally a mile down the road. Which was cool as we got check out our mates Rob and the two Georges ride a few sections which I had never experienced before, looked really tough 6 days on the trot! 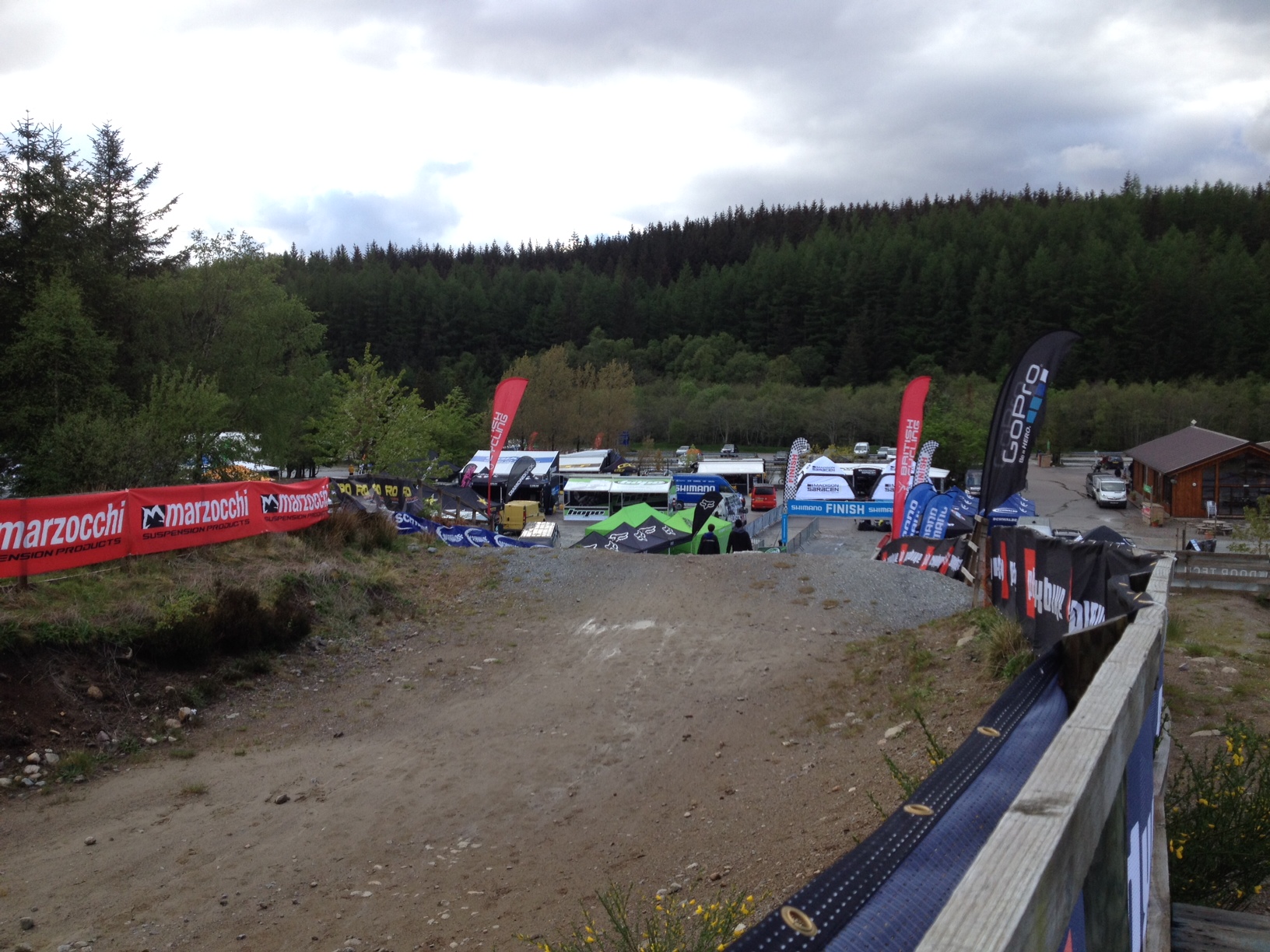 Friday was a normal day for the range but for some it was an extra chance to get some practice in. Having not been here before I took advantage of the extra day and got 4 runs in just finding my way plus changing a few things on the bike. Due to the high speed of the track and rough terrain, I ended up lengthening the wheelbase and dropped the fork stanchions to get some extra front end height. 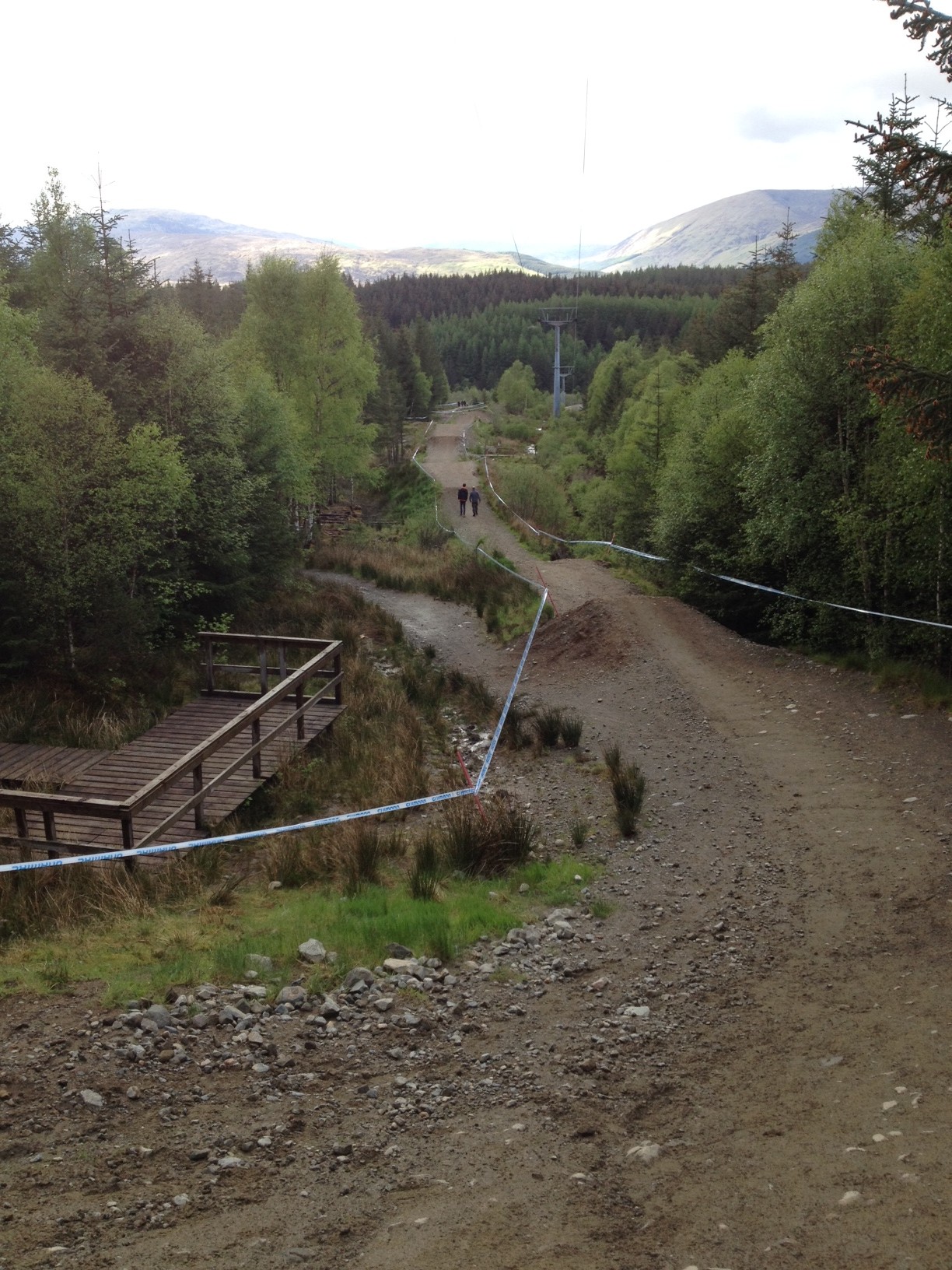 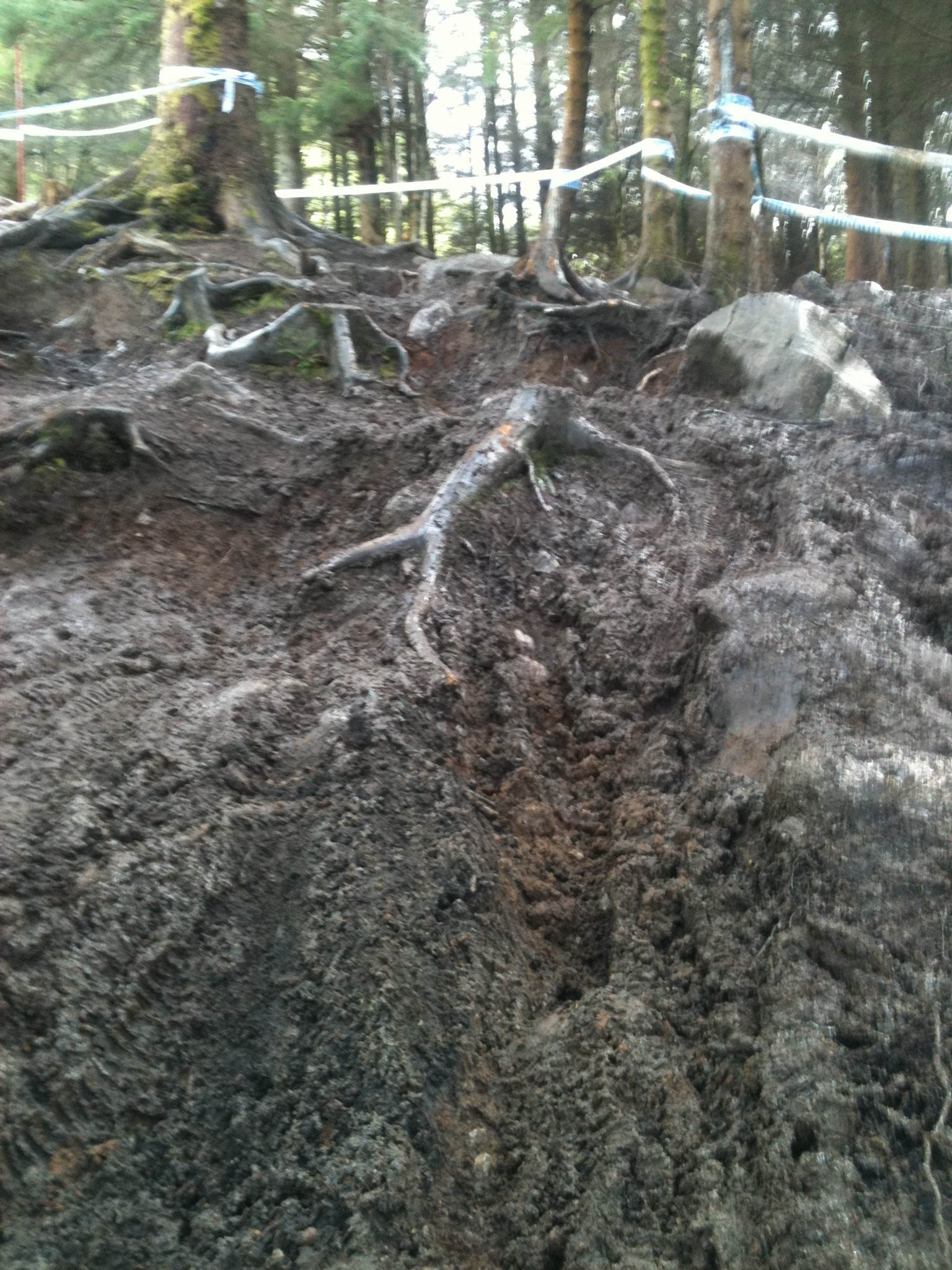 By Sunday the woods had got fairly gnarly! Some ruts towards the end were bar deep! 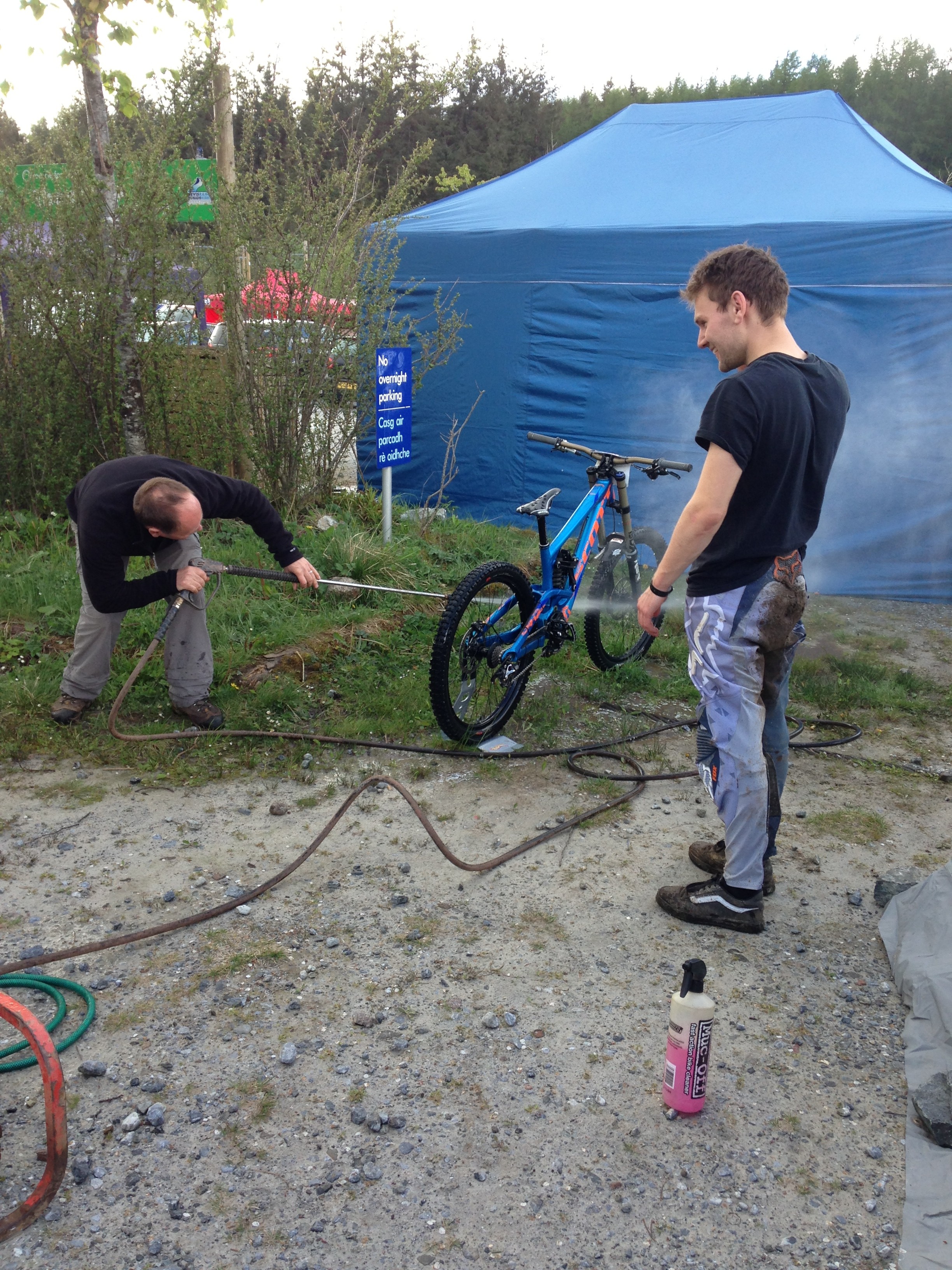 Me and Dad cleaning up the Scott Gambler after Saturday practice. 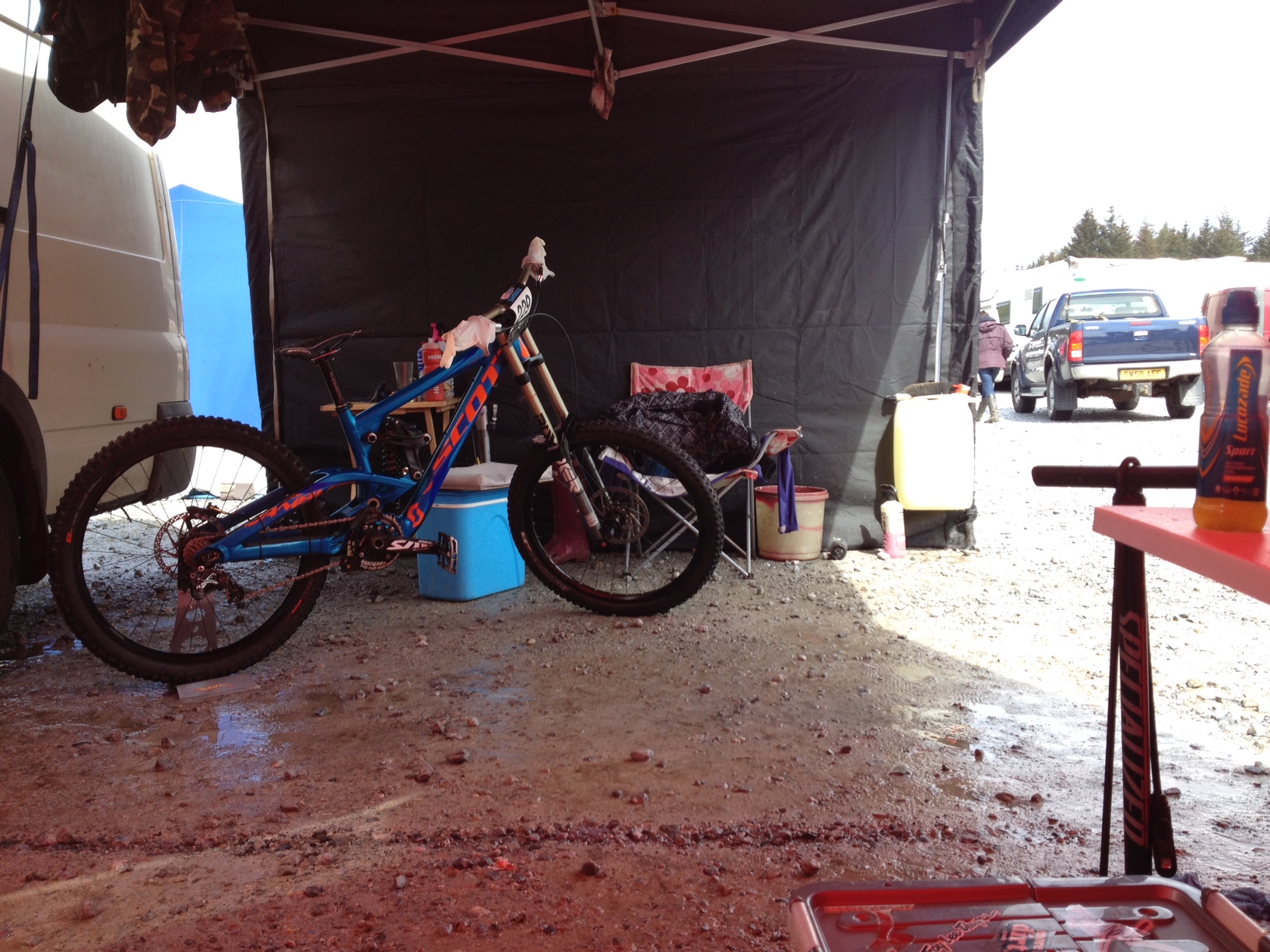 Chilling before race runs on Sunday.

My seeding run went well finishing in 14th which I was really stoked with as I had no idea on my pace before that, weather had turned from a track to full heavy rain and the track turned into the river. Unfortunately because of my crash at the first round I was seeded real low and was 22nd to leave out of 53. I caught the rider in front of me about half way down and followed him for probably a 2 minutes which was a bit of a setback but managed to pass him on the bridge before the motorway. I crossed the line 4 seconds up even with catching the rider in front, which was the best feeling ever having my name announced on the speakers that I had cross the line in first. Lots of confidence for finals now. 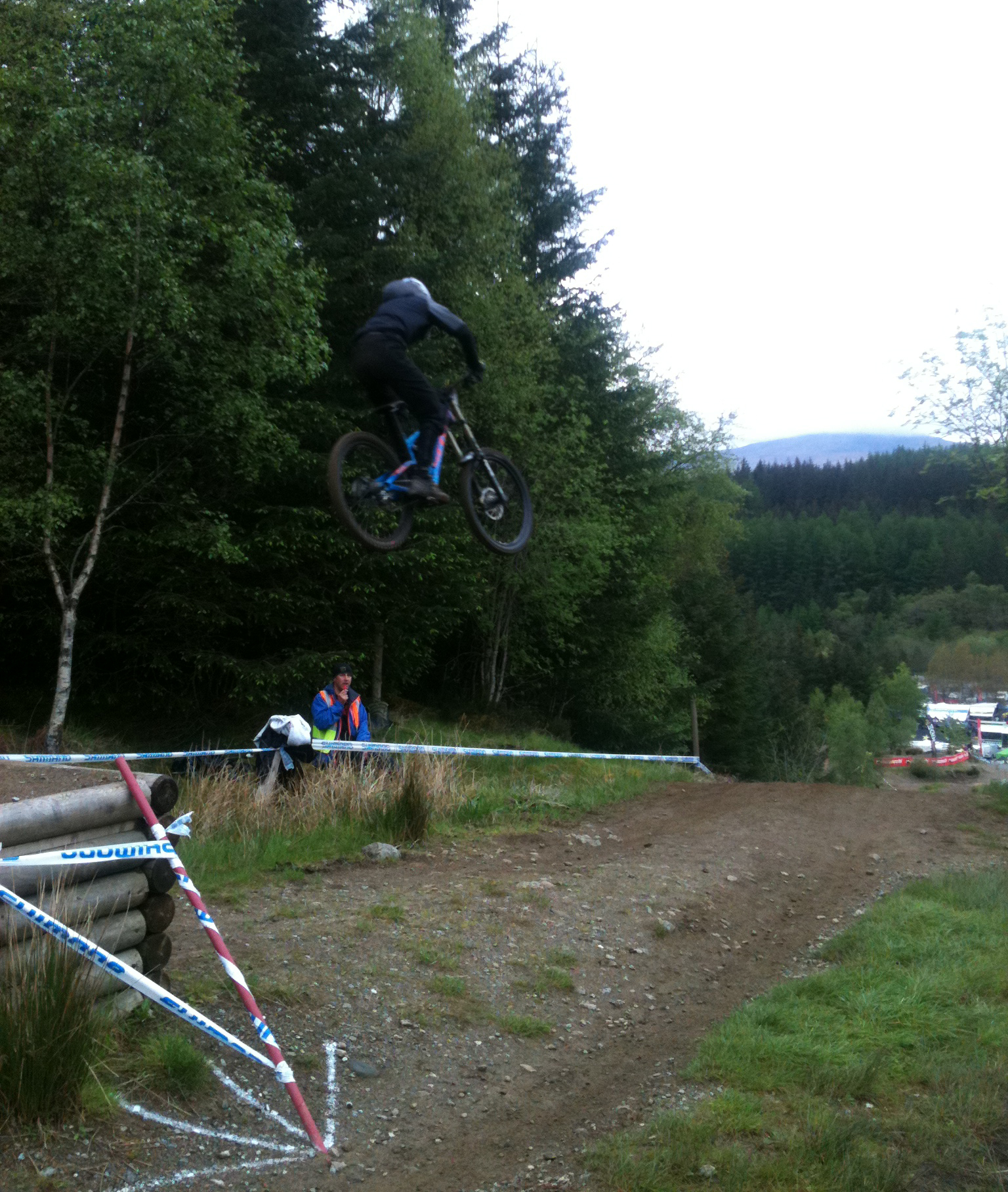 Final jump into the finish arena. 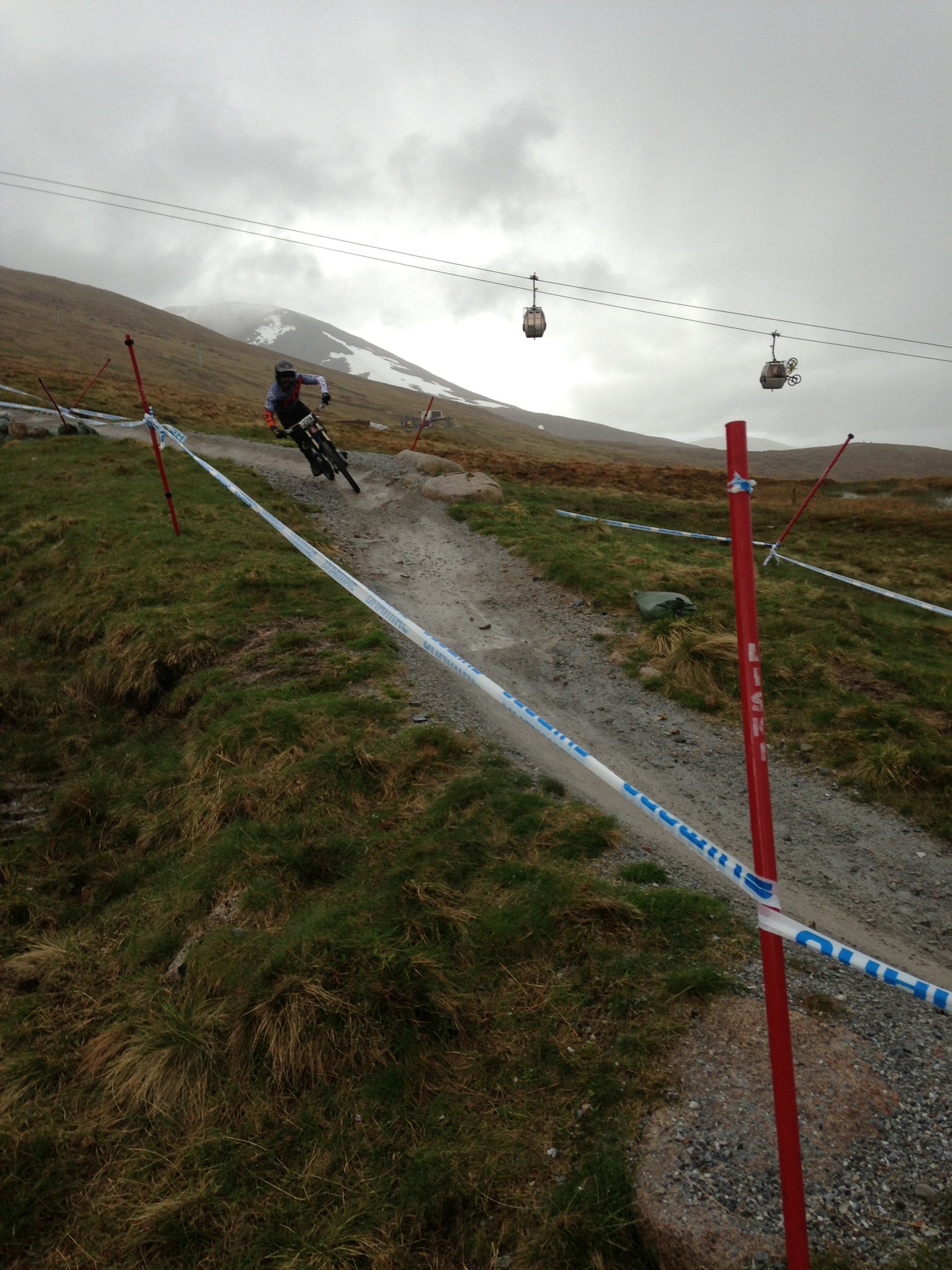 Out of the gate into my seeding run.

The weather brightened right up before finals and the track was going to be prime for racing, unfortunately it was not meant to be. Whilst going up the lift again for the seniors the weather changed to heavy rain and even hail! The track this time was worse than before, with actual rivers running down the track in places! Not phased by the rain I cracked on and had the wildest run of my life with a few scary moments and crossed the line in 6th! I was instantly stoked with this as I knew that this was a guaranteed top 20 and possibly better. Which it was I ended up matching my qualifier in 14th only 4 seconds off the top ten which isn’t a lot on a 5 and half minute track. So all in all it turned out to be great weekend onto round at Ae forest next weekend, can’t wait! 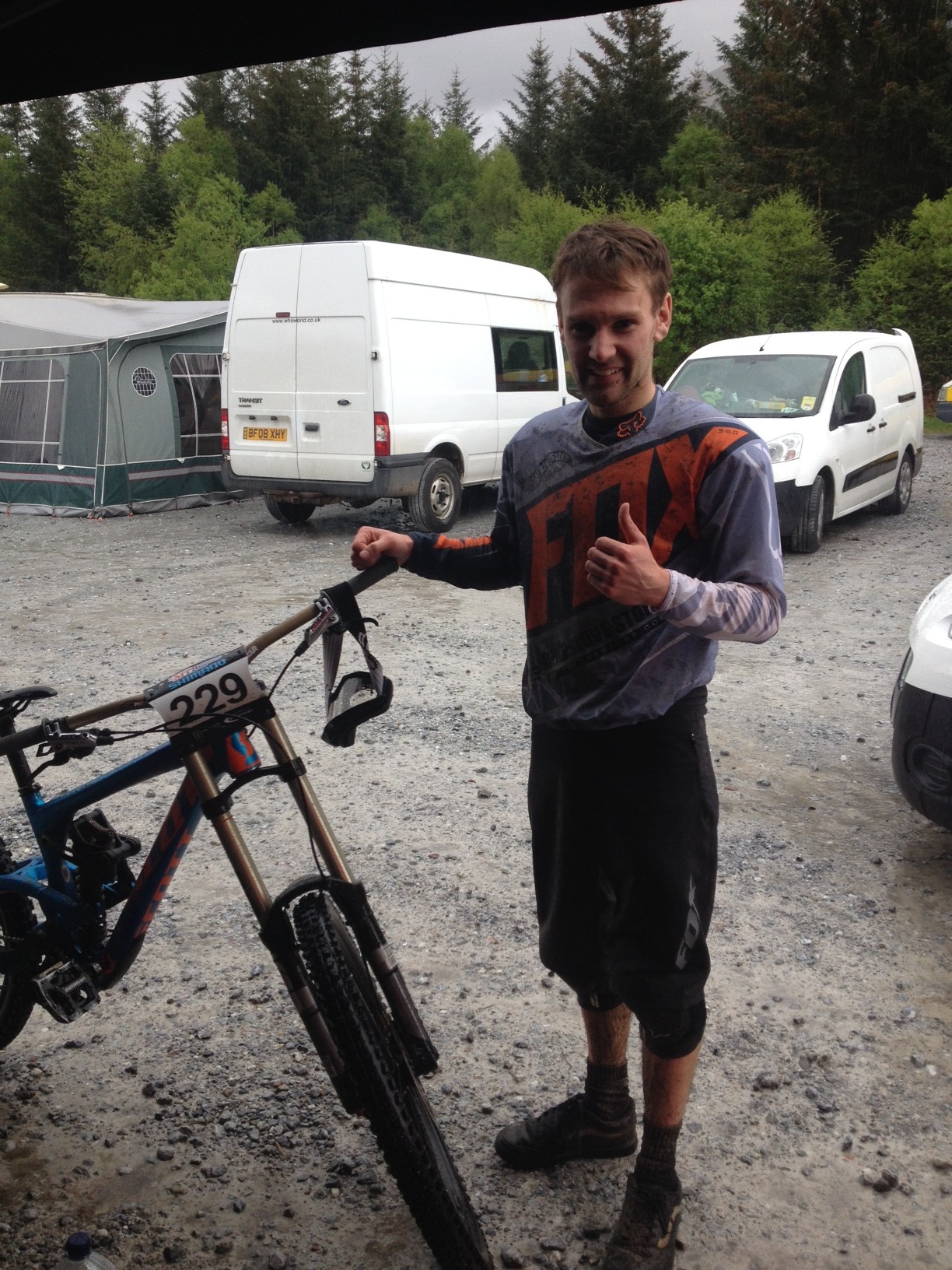