Sunday just passed was the 2nd round of the Woodland Riders Winter Series held down at Tavistock, the series has really gained a lot of steam and Sunday was no exception with over 150 riders entered.

Chaz runs a really good event down there with accurate timing (big tv with live results at the bottom), a great track and great organisation if you haven’t been to one yet or fancy a go at downhill there is no better place to start there here.

Using a mixture of tracks we have raced before but including a new bottom section, the track has as technical as it was physical. Starting with a pretty flat boggy pedal before stepping down onto the fire road and into the awesome avalanche jump section. The track then turned off to a fresh new section that provided the days entertainment, a fairly steep drop straight into a left hand run out where it was critical to hold speed into the next section. A lot of riders were struggling with this drop and there were a many sketchy moments as well as a few over the bars!

This was to be my first race on my new frame, I am racing a Scott Gambler this year which I am really pleased with and was hoping to get a good result to get the year off to a good start prior to the nationals. Check out the Scott Gambler 10 frame pictured below.

First runs were good for me had a fairly solid run and felt like a carried speed where I should of with no mistakes. Came down in 6th in seniors and 8th overall with only a few riders left behind me. To say I was stoked would be an understatement as I was already set for my best result to date and starting the year off where I want to be. 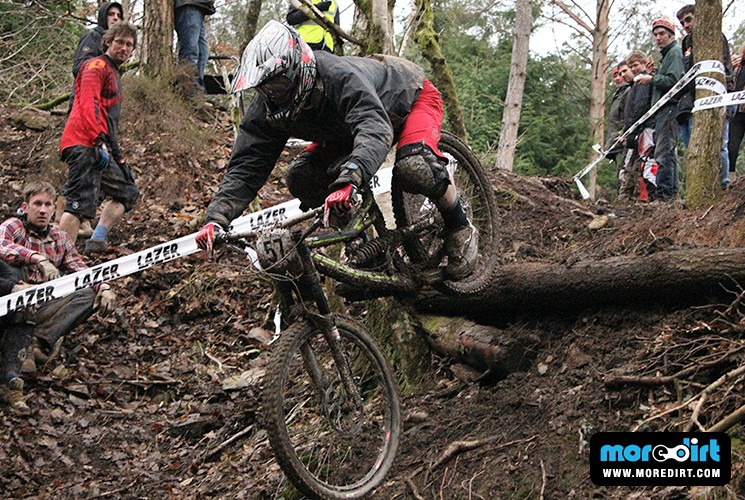 Tom on the drop section photo from Carl @ moredirt.com

Team mate Tom Dunn was also racing but unfortunately not on the bike he wanted to, he was on his Specialized Status but would have liked to have ridden his new S-Works Enduro 29er. Due to a mechanical he incurred the previous day, the bike was out of action. Already being slightly off put as he wasn’t racing the bike he is currently most used too, he had a bit of an off day in both runs and could only muster 32nd/60 seniors. Tom’s real focus this year is enduro and will be looking to get a solid result in this weekends Raceface Circus of Dirt Round 2. 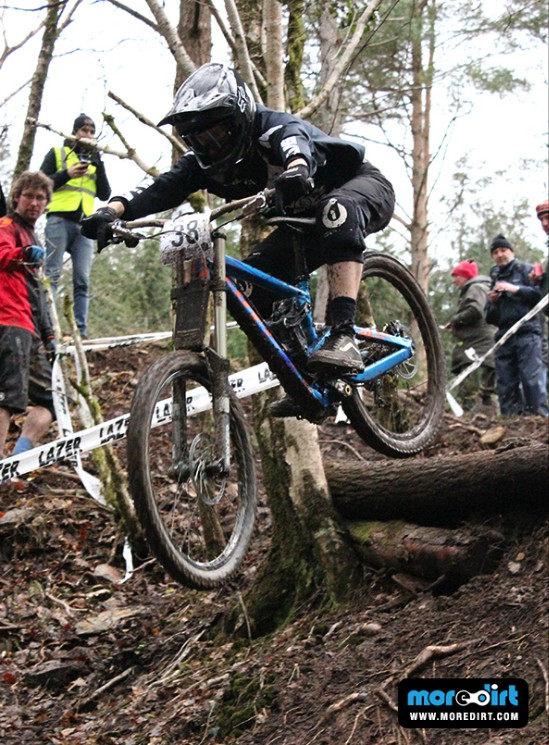 Greg on the drop section photo from Carl @ moredirt.com

My second run was not as good as my first, I felt like a carried similar speed to the first and tried to pedal harder but went slower by nearly a second, so must have lost time somewhere else up track. Unfortunately 3 more guys in my category went faster on the second run so I dropped down to 9th/60 in seniors and 16th/150 overall. Still my best result to date and within the top ten. Really pleased with how the new Scott handled especially with how little practice time I have had on the bike, looking forward to what holds for the rest of the racing year now.