Well here it is the first of many race blogs to come this year, myself (Greg) and Tom are going to be blogging what goes on at the races we hit up this year for you guys to read and hopefully enjoy!

So the guys at Shred Events have started an entry level South West Gravity Enduro series under the name Raceface Circus of Dirt, with the rounds being mainly at Newnham Park (Plymouth) and then with some races later in the year on Exmoor. The concept is pretty simple 3 timed stages with the quickest time over the 3 being the result, a fairly relaxed format which was cool as you could ride around with your mates no pressure and have a good laugh. 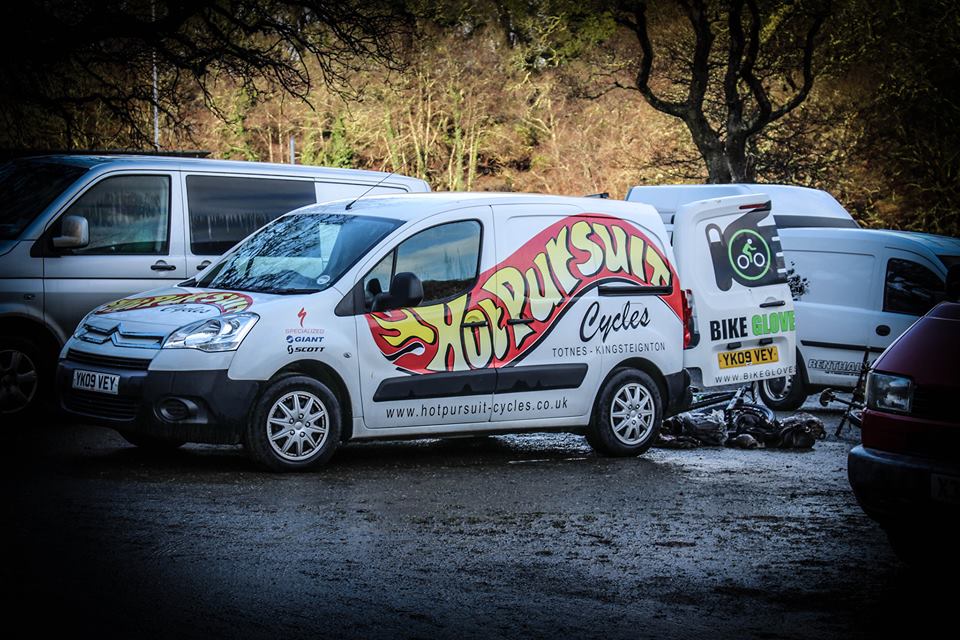 Mullet Snaps thought my van was cool enough for a photo! Cheers!

We went for our practice loop in the morning to check out the stages and find a rough idea of where we were going. With heavy rain and enthusiasm pretty low, we hit up stage one which was the commonly used cottage descent. Running like a river, momentum was going to be key. Then a long fire road/part single track ride over to Cann woods for the second stage, this stage was a great mix of single track and downhilly descents, a couple of good line choices and easily our favourite. Back on the fireroads then to Newnham and onto stage 3. Starting uphill with a pretty boring bit of flat singletrack, the stage soon got interesting as it dropped away fairly steep on the trail bikes and got pretty slick down towards  the river. Also momentum was key as where riders had been falling off the trail, the track was been lost under the tape. 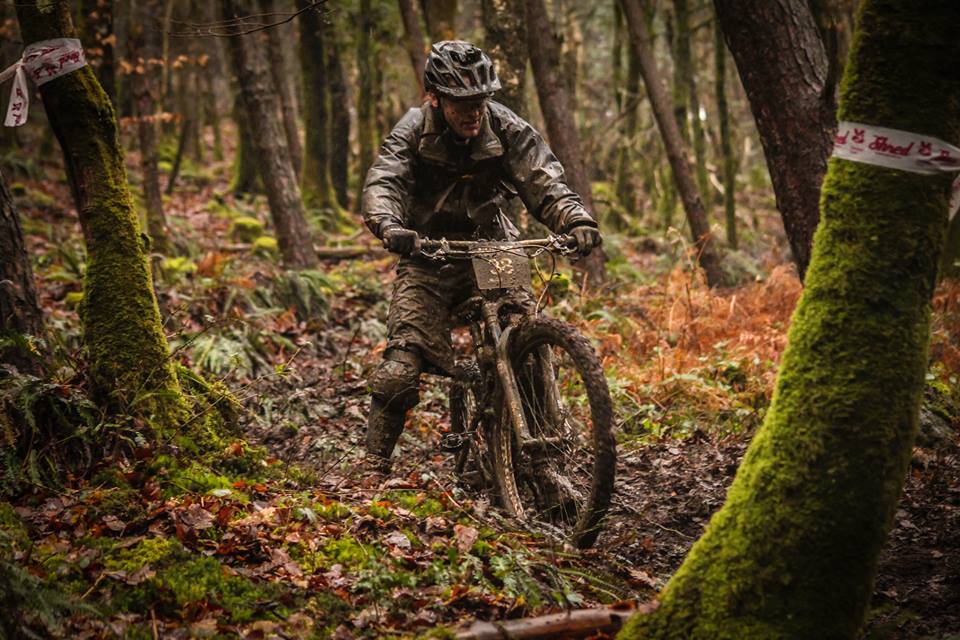 Sensibly I brought a spare change of kit as we absolutley drenched, got changed, ate some food and headed up to stage 1 for the timed descents. A bit of a queue for stage 1, meaning getting a bit cold not ideal but we both had fairly solid 1st stages with no real dramas. Tom had a blinder and finished up 3rd and I had a good run too into 16th (out of about 150), was struggling with pedal fitness on the short climbs on course. Over to stage 2 at Cann woods for the one we both excited for, unfortunately both having mistakes cost us, some more than others. Tom had a small crash putting him into 14th place on that stage, with a bit of time lost. I felt like I was having an absolute flyer, got too excited in the bottom and decided to crash on a corner hard enough to explode the tube in my rear tyre, in frustration with myself and haven giving up I walked to the end of the stage to finish 53rd. 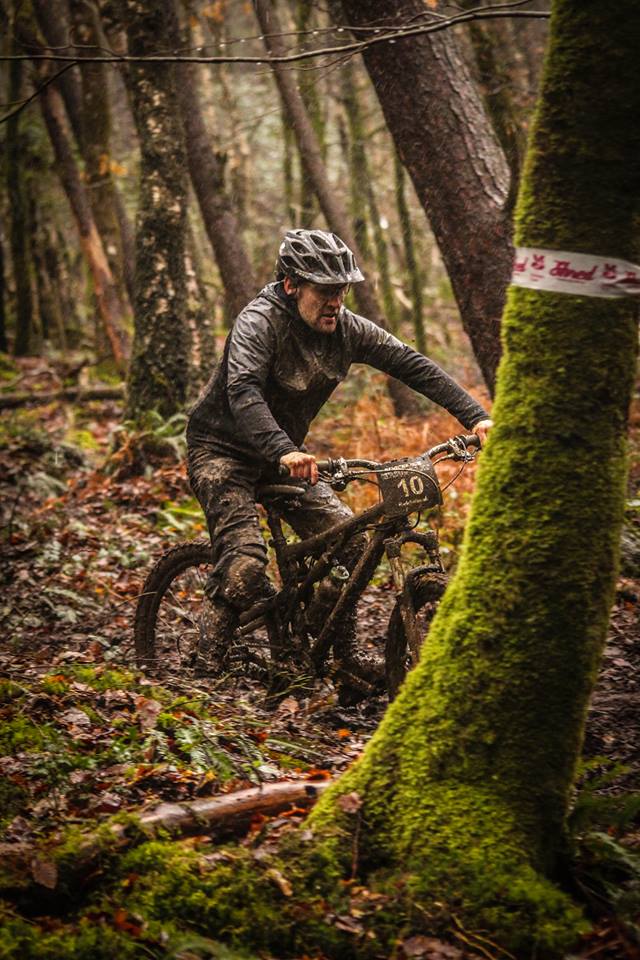 So fixed the puncture (thanks to Tim Grant for loaning of the pump) and we got back on the slog over to Newnham Park for the final stage. Everyone had a feeling this stage was going to be carnage and it didn’t disappoint. Unfortunately there were no results from stage 3 due to a timing error so we don’t actually know what went on but Tom rode fairly cleanly and managed to stay on through the final steep part. I had a interesting one to say the least though… Having dropped in behind my mate Joe, he had a few problems further up the stage and I caught him before steep final section, being on a good run I shouted (nicely) to move out  the way, in him doing so he crashed in front of me and then trying to avoid him I crashed into him! All in good spirits though as captured in this great photo below by Alex Law. We were only a few feet from the line though, so we ghostied our bikes across the line and were done. 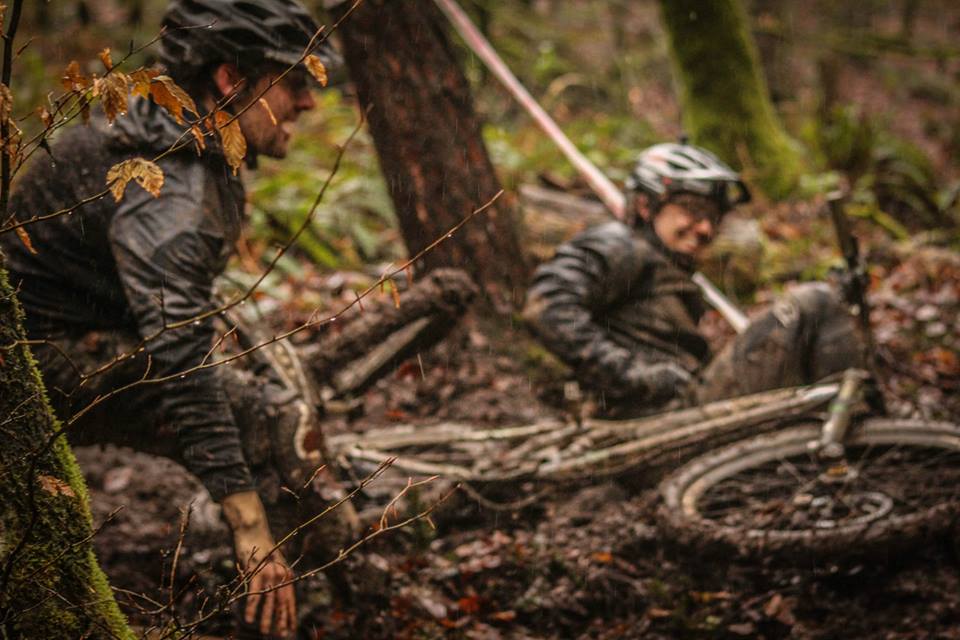 Stage 3 carnage captured by Mullet Snaps. Having trying to pass Joe on the right, here I am mid flight having a great time haha!

So all in all the race didn’t go 100% to plan but a great day riding with a good group of lads, trying to keep it on 2 wheels. As times were only counted on stage 1 and 2, Tom maintained a great overall result in 8th (onboard his new S-Works Enduro 29, second ride!) and I finished in 36th being let down with my poor stage 2. Big thanks to Alex Law at Mullet Snaps for the photos, awesome job!