Skip to content
Our super pinned Junior XC racer just picked up the South West Champs down at Newnham Park last weekend! Check out his blog below on how it happened, well done matey! After suffering a few dodgy results of late, mostly due to mechanicals, it was real nice to smash out a convincing victory on a super gnarly technical course with plenty of serious climbs and descents. Once again Jay and Maddie from Fully Sussed put together a fab event and a brilliantly testing course using a lot of the features (incl. the notorious ‘Bear Pit’) from when Newnham last hosted an XC World Cup.
Saturday evening played host to the now familiar Hot Laps race which is a short course sprint lap (think World Cup XCE) where the idea is to simply post the quickest time. It’s a great fun event and with no limit to the allowed number of laps (assuming your legs can take the beasting) and it quickly becomes addictive trying to beat the best time. 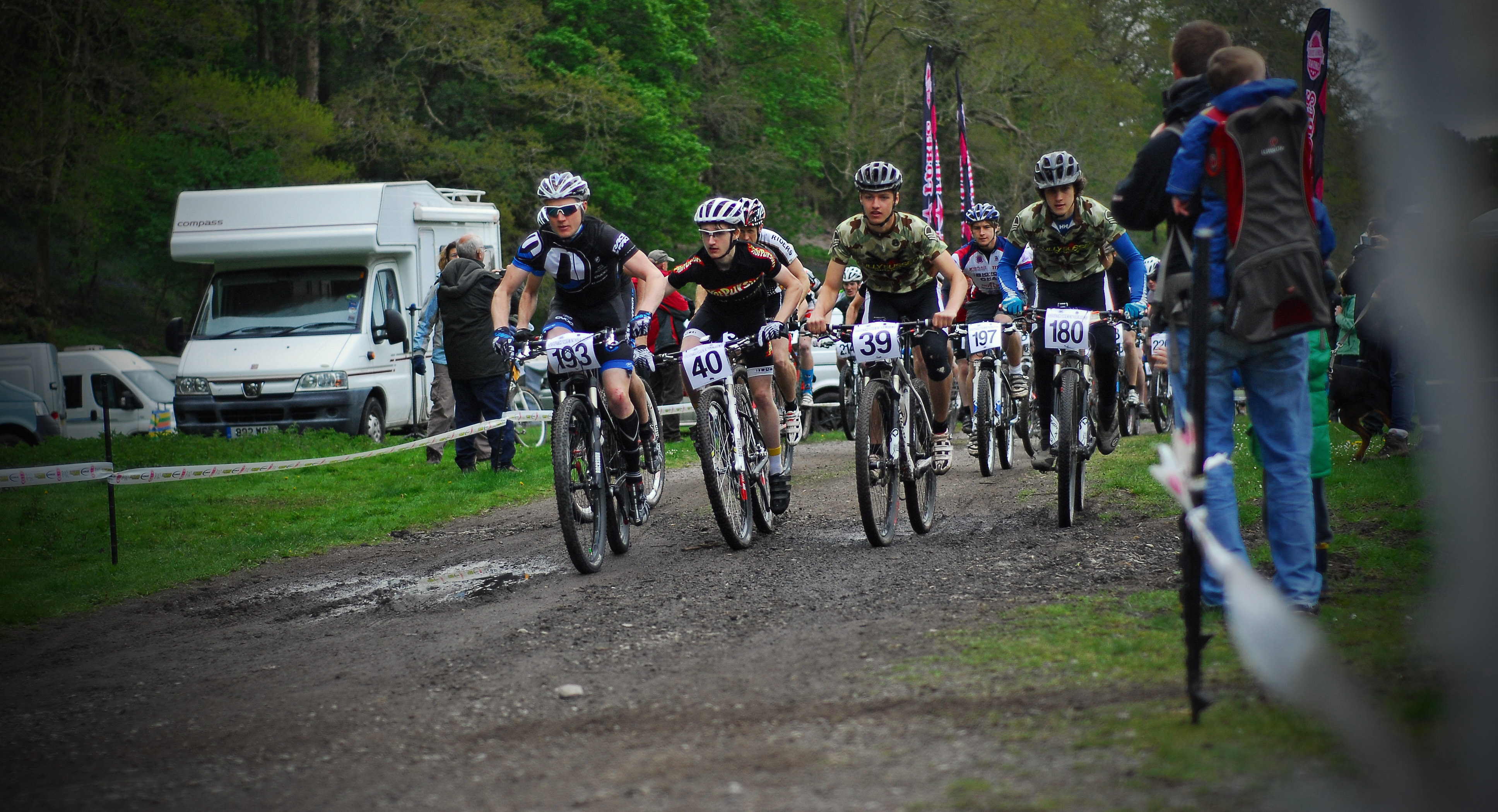 James getting into the mix off the start.
I did a few slow practice laps then headed out on a quick one, got three quarters of the way around and was then held up 🙁 So I waited for a bit and then headed out on a second hot lap and managed a respectable 61secs. Although this wasn’t the fastest time of the day (Dex managed a 58secs) it was enough to lead the Juniors with the next quickest Junior posting a 67sec lap – so I decided to call it a day and save my legs for the main event on Sunday.
Come Sunday and the Juniors were gridded with the Elites and Experts for the main race. I got a great start and headed up the hill out of the main arena right behind lead rider Dexter Hurlock. I settled into a good rhythm and it was all going well until I crashed and bent my brake lever which meant my rear brake was then dragging, which was pretty annoying, but I continued on in strong form. 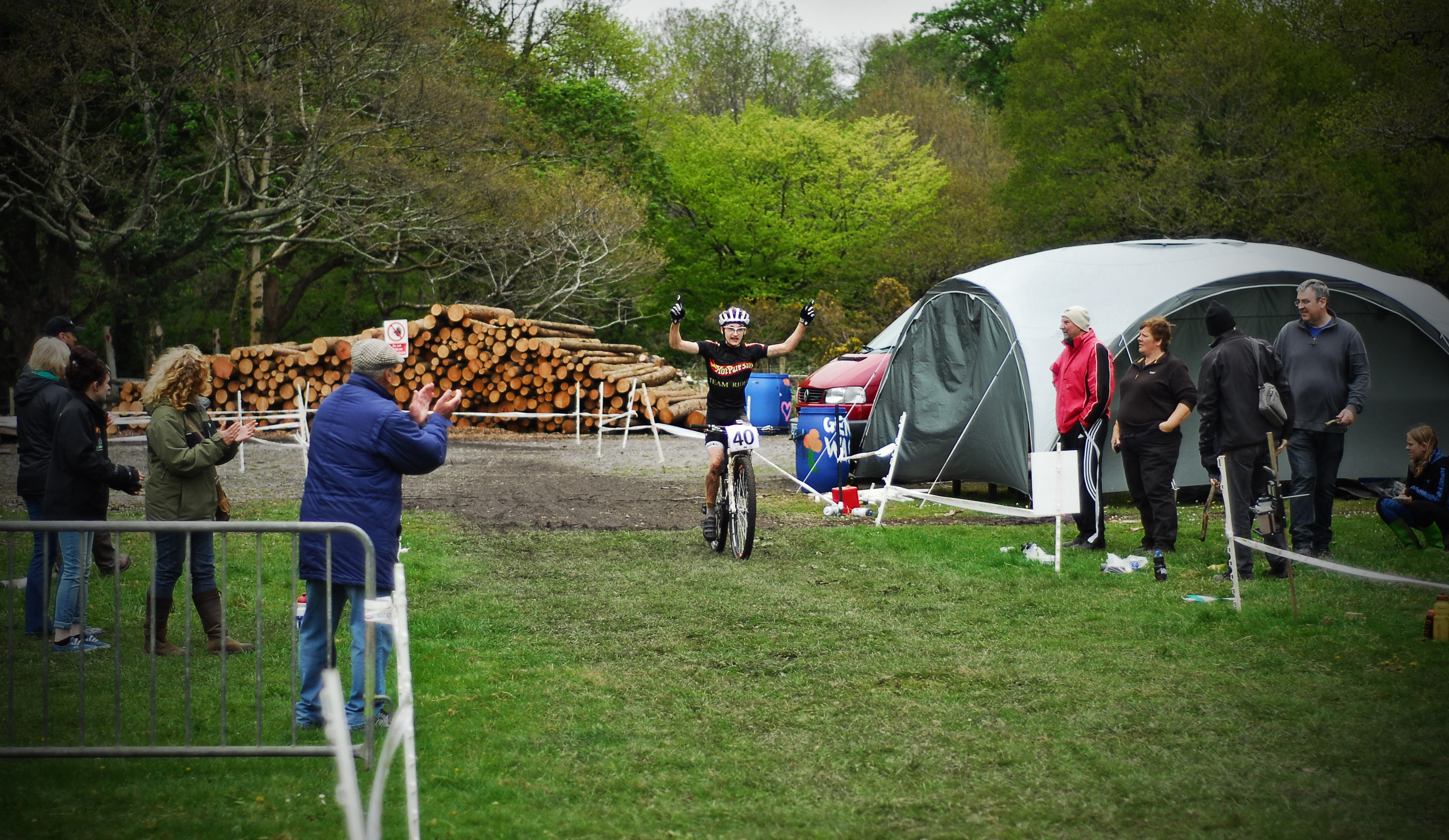 Crossing that line in first, yeah buddy!
It was a long race with the Juniors completing a full 5 laps with the Elites and Experts and in the end I took the Junior category win by 15mins! and finished 3rd in the overall behind Expert rider Dexter Hurlock and Elite rider James Porter.
So, a double weekend Junior victory – Hot Laps and XC Race + South West Cross Country Junior Champion + leading the South West XC Series in Junior…..super happy! 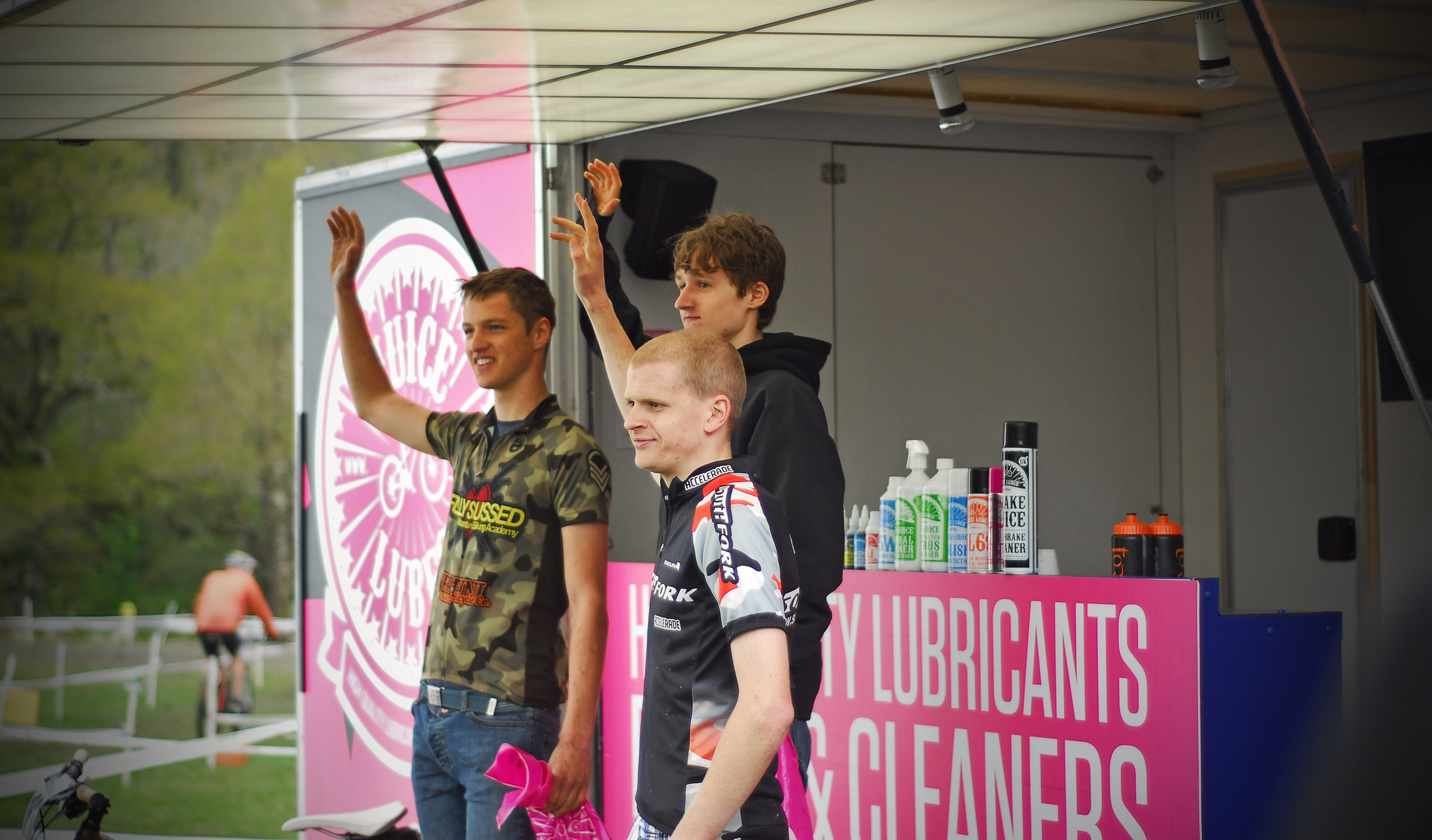 James top of the box.