Skip to content
Team rider James Davey raced his first cross country national on the weekend, where we rode to a solid 11th/32 in juniors! Conditions were poor and he was set back by a bad starting position, read on for his full story… With quite a distance to travel to this event and having never ridden at Sherwood Pines before we decided to make a weekend of it. So we set off early on Saturday morning amid severe weather warnings being forecast across our chosen route through the Midlands and beyond. Sure enough as soon as we hit the Worcester area the snow started falling and remained with us throughout our journey to Sherwood Pines. We arrived at the event car park (which was more like a skating rink) around 12 noon and I quickly got out for some practice laps. The whole area was like a winter wonderland scene from a Christmas card covered in 6 to 8 inches of snow and it was still falling heavily! 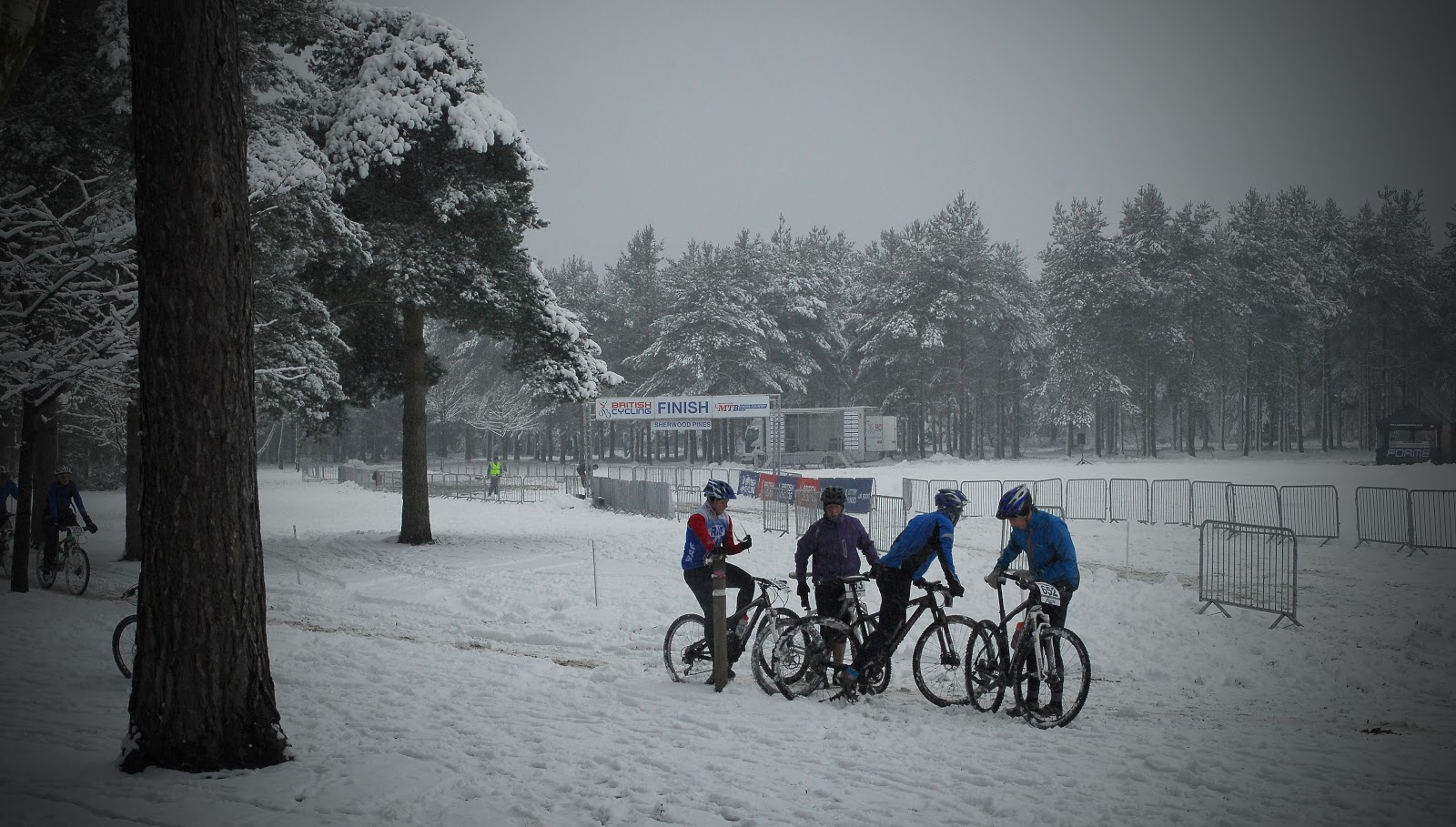 The track was super flat – only 250 feet of climbing for every 3.5 mile lap and the awful conditions made it a real slow speed slog. I did two laps, a slow sighting lap followed by a quicker lap with some race paced efforts. This being my first XC National event would mean starting right at the back of the grid so a good start would be mandatory in order to pass some of the field on the fairly short wide part of the course before the single track started. We spent a bit of time looking at various lines and I dialled in my start a couple of times before we headed back to the hotel to get warm, clean up and chill out. 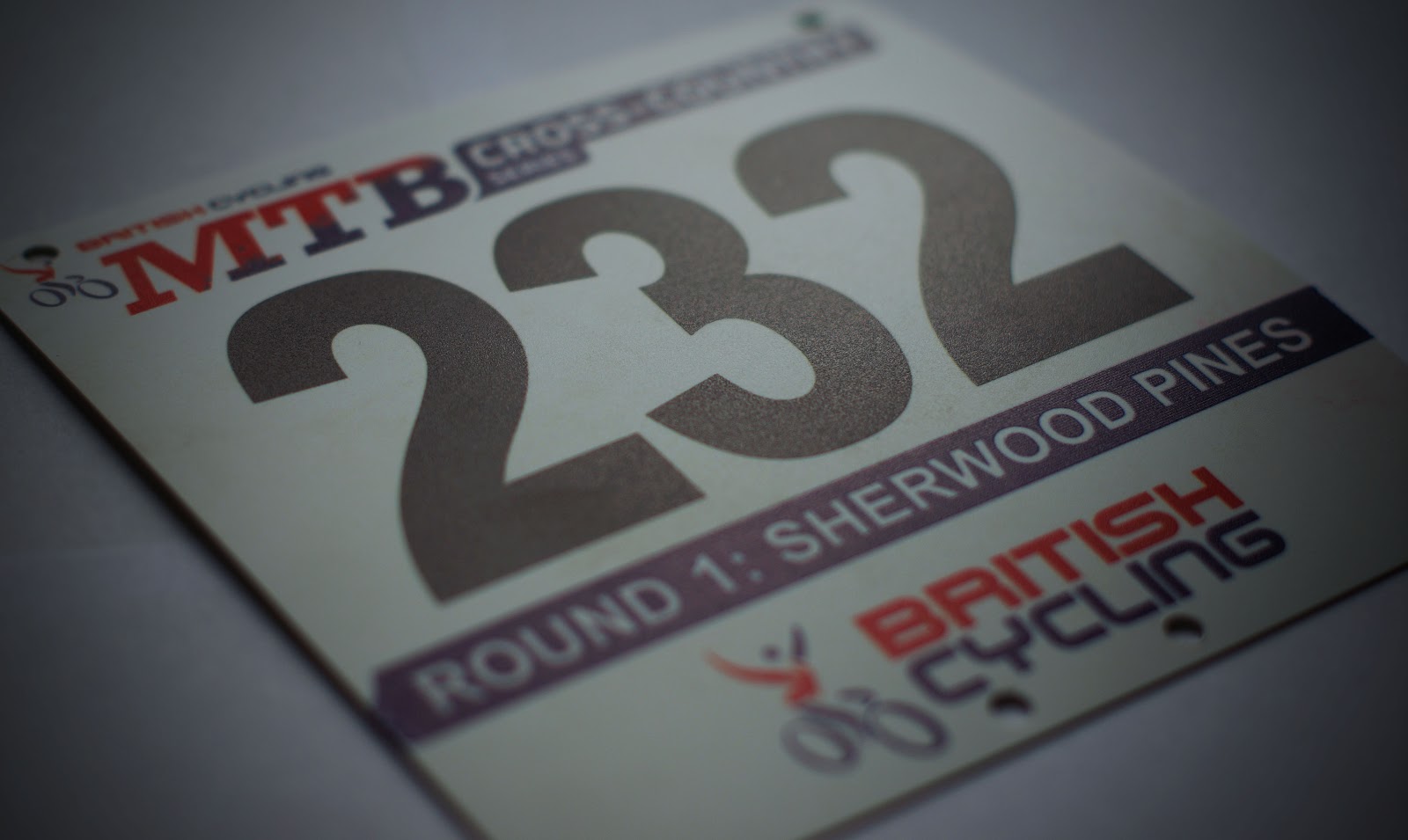 Sunday morning meant digging the van out of the snow covered hotel car park before heading over to the event. Once there we eventually found a safe place to park up and got prepared for the race. I did a proper warm up session on the turbo and all too soon it was time to get to the start line. We were all called to the the grid and the Juniors headed off after the Elite riders. My start and first lap were good, really aggressive line up the outside just as I planned, and I passed a number of the field before the S bends. 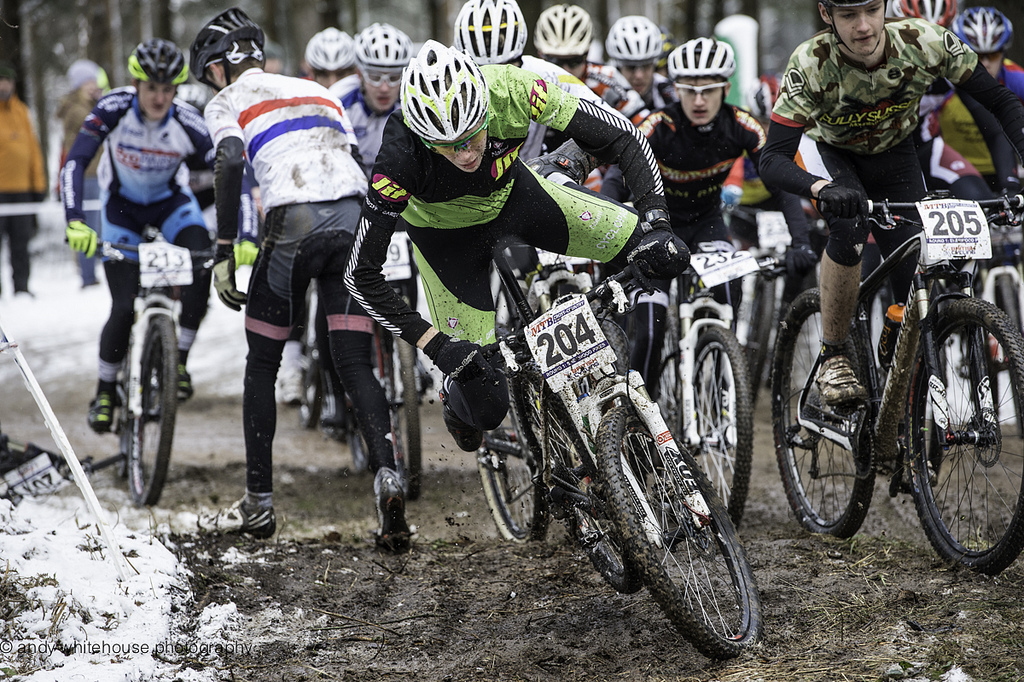 The morning’s racing meant conditions had deteriorated further and were such that there was now only really a single racing line of sticky and rutted mud for large parts of the course. This made overtaking very difficult which meant being patient and sitting in behind other riders for large chunks of time. I paid for my redline efforts throughout lap 1 with a messy lap 2 during which time I got taken out after being being t-boned by another rider but I managed to re-compose myself and settled back into a better rhythm for lap 3. 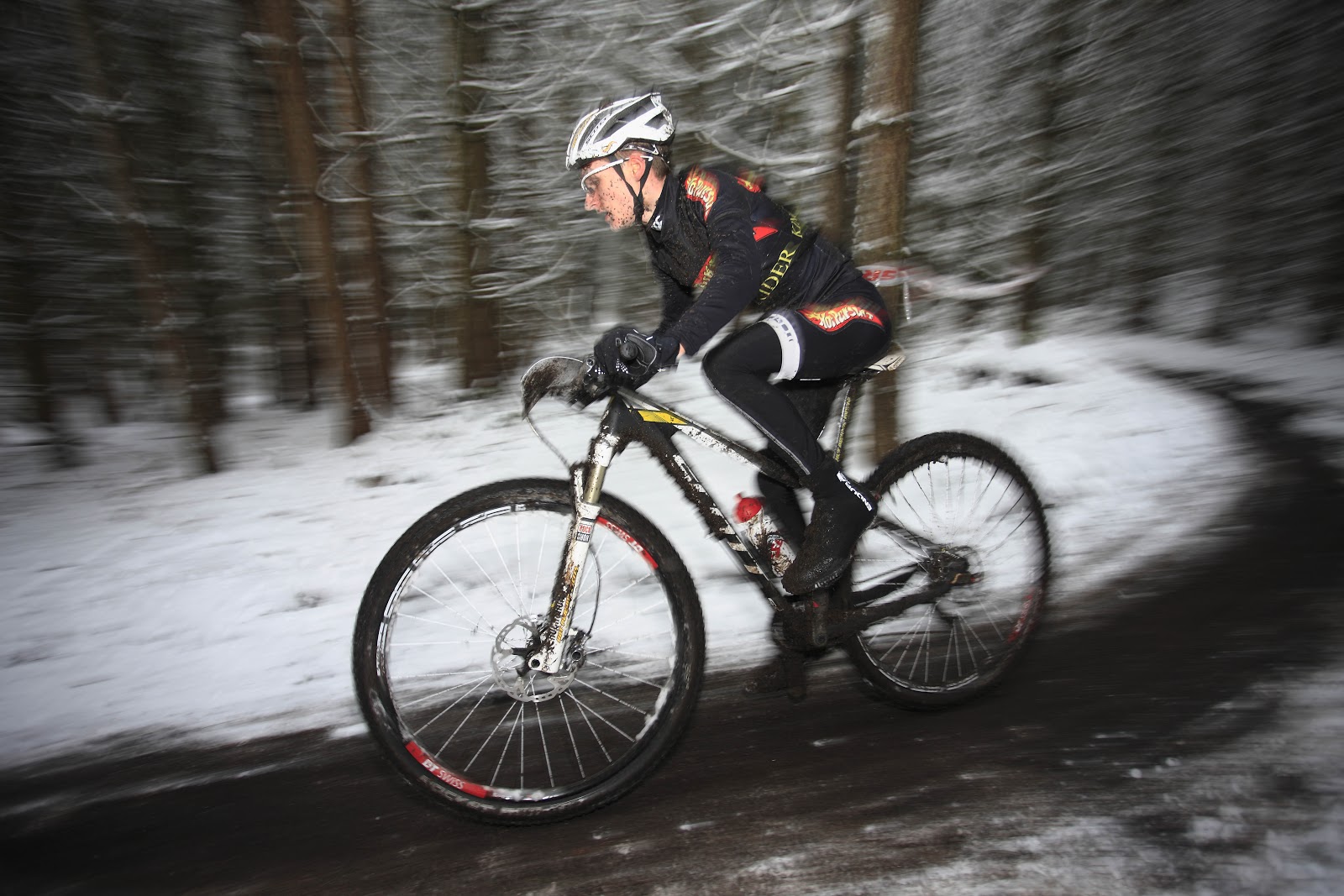 So not really what I would call an enjoyable race, the lack of any serious climbs or descents on this super flat course ( it’s supposed to be mountain biking) and the sticky conditions made it more like a cross race really and definitely favoured the more powerful riders….in the end the Junior race was won by the CycloX National Champ! Starting from the back in 32nd and finishing up knocking on the door of the top ten in 11th in my first national event is a pretty solid start to the season. This means I have got my least favourable race out the way first and more importantly moved up the grid for Round 2 at Wheal Maid, where there will actually be some climbing and descending. The venues get progressively more hilly as the season progresses which should play to my strengths…..bring it on!