Skip to content
This weekend for me (Greg) was the second round of the Woodland Riders winter series, with Tom off racing XC and Matt & Carl on a mini road trip to TF Tuned I had to tackle the race alone. After the first round getting the result I wanted (10th) I was wanting to improve this result and get inside the top ten on a single digit finish. Competition was high and a lot of fast riders were entered so it was going to be hard to get into that top ten group. The track was run on Gnarkill which we have raced a few times before but since the recent tree felling there had been some major changes and new features put in. The track was divided into 3 main sections the top been quite pedally and slick, the middle fairly technical with lots of roots and rocks towards the bottom and the last section was flat spring to the line. 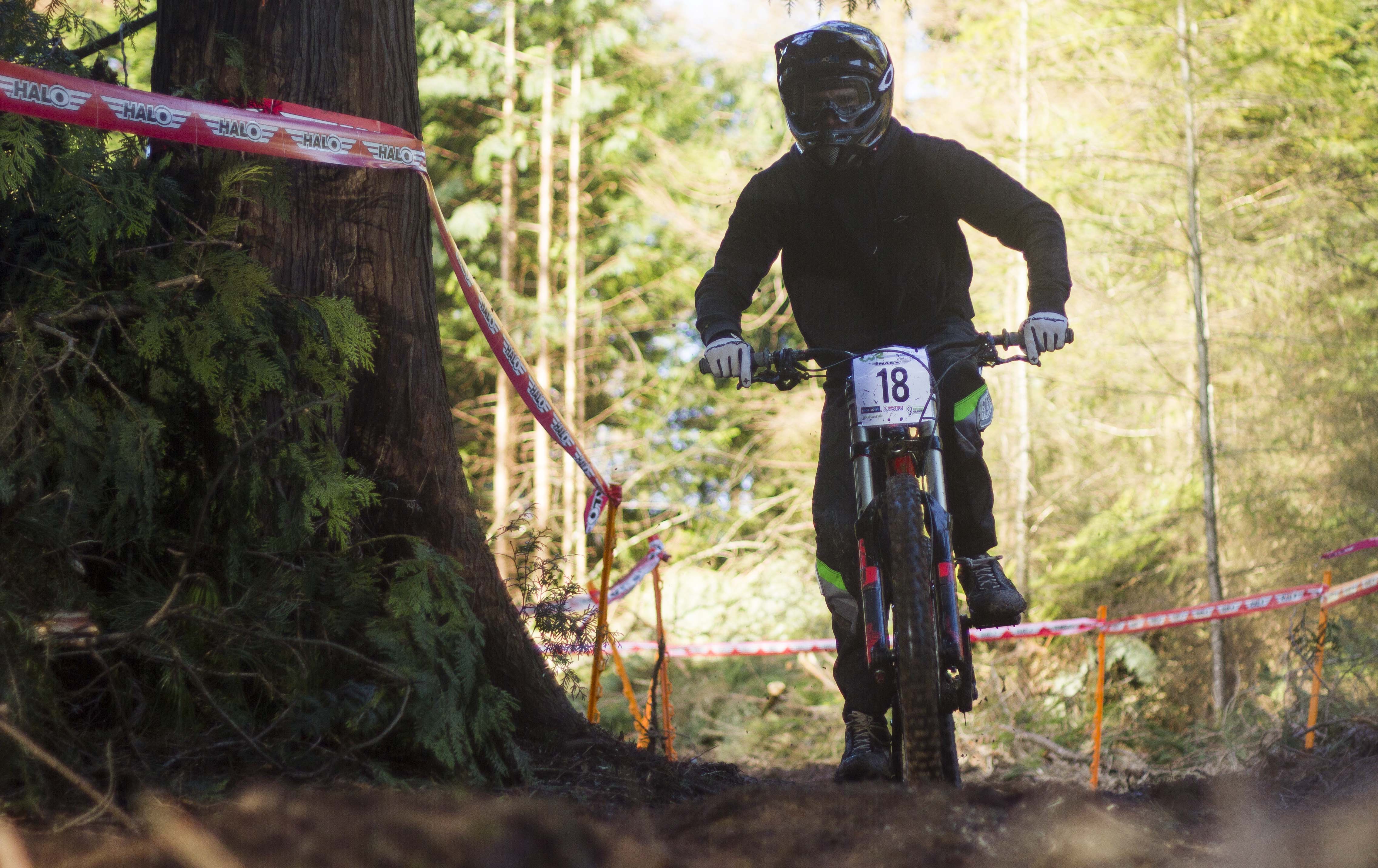 Practice wasn’t the best for me after two runs finding my way on the track I managed to pick up a rear puncture in a rock garden at the bottom (probably down to low a pressure). So by the time I got this fixed I had time for one quick practice run before the end of the session then racing. I was not feeling confident for the race runs now as I had not got the practice in I wanted and didn’t feel confident on the new harder tyre pressure to avoid another flat. 1st race run was an absolute mess, the top section was pretty crucial to get your pedals in and on one corner I took a foot off then placed it back awkwardly back on the pedal, for the whole section I struggled to get it placed on right and lost of on some pedals. Further down the track I had a near crash moment sliding on a root and coming in sideways before a rocky shoot, I ended up ball riding my seat with both feet off which was less than ideal. I wrote that run off and was glad I had a second. 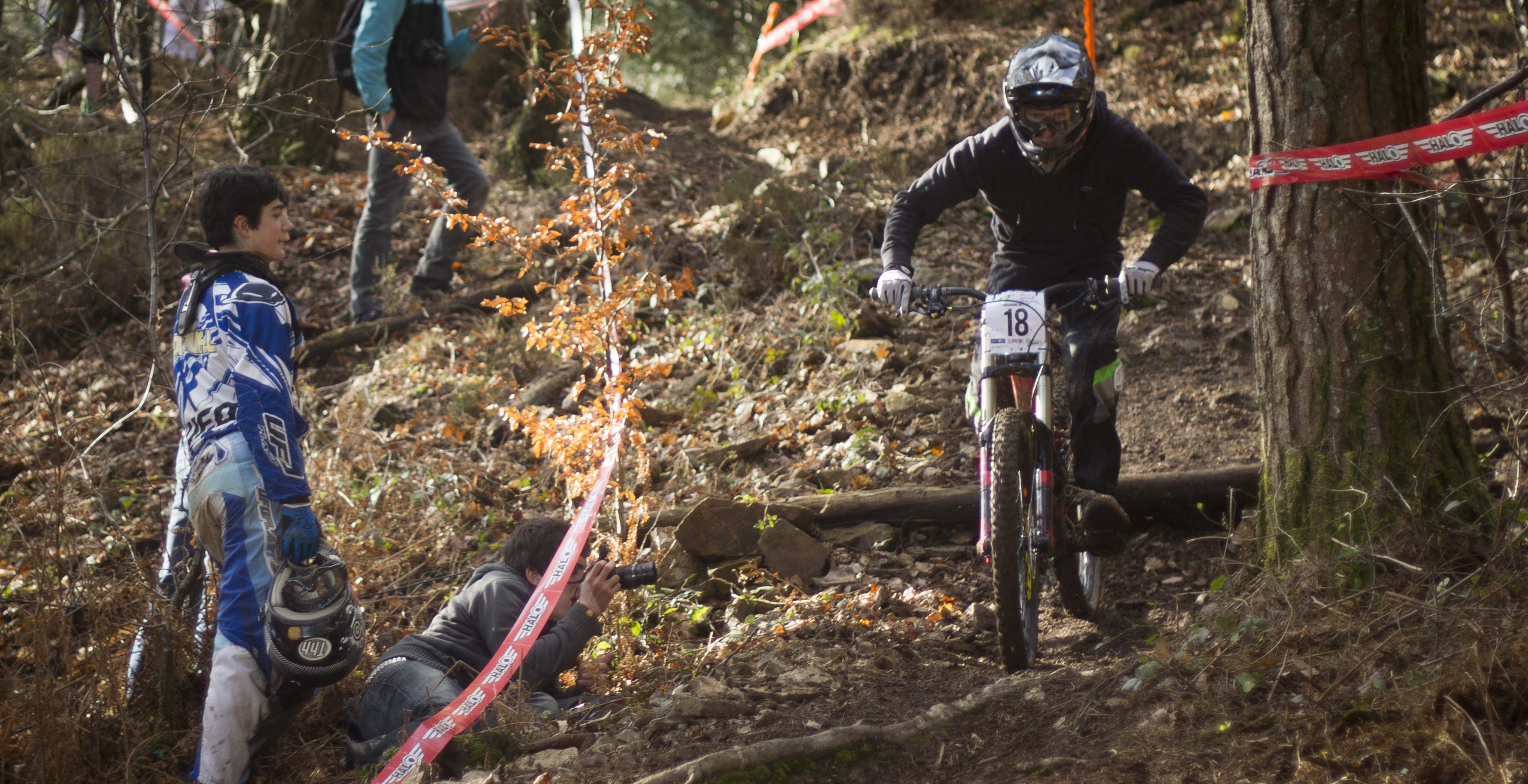 2nd race run also didn’t go to plan, I had a brilliant top section pedal hard and felt like I carried good speed but after crossing the first fireroad I had a meeting with a tree. The track dropped off the road and swooped round right into a tight gap between two trees, I clipped the one on the left with my shoulder which fired me off the bike and on the floor. I rolled the rest of the run to the bottom but that was also a right off. In the end I think I finished 17th/33 seniors which isn’t so bad considering but looking forward to Forest of Dean this Sunday to make up.